For more than 10 years, federal policy has been to assign contractors the rights to any intellectual property produced during their work for departments and agencies.

For example, a software company that writes a computer program under a federal contract can retain the copyright and sell the program to others. The policy, implemented in 2000, says only in exceptional circumstances should Ottawa retain a patent or copyright -- largely because the private sector is considered best positioned to exploit it commercially.

But a new evaluation of how well the policy is working found that too many patents, industrial designs and other intellectual properties are winding up in government hands, without proper justification.

In 2009, the latest year for which numbers are available, 59 per cent of the intellectual property generated by outside contracts was snapped up by government departments -- or more than 2,100 such patents, copyrights, etc. And the percentage is rising, up from 53 per cent in 2008.

The findings confirm red flags raised in early 2009. Then-auditor general Sheila Fraser examined just two departments -- Health Canada and Fisheries and Oceans -- to see whether the policy on intellectual property was being respected.

Before the new rules came into effect a decade ago, federal government policy was to retain ownership of most inventions, whether developed by public servants or contractors.

The National Research Council, the biggest generator of patents, earns as much as $5 million a year from its ownership of the rights to a vaccine for Group C meningococcal disease, for example, or to a digital laser imaging system for cardiac surgery. Fisheries and Oceans owns the rights to an underwater digital sound recorder system.

But in 1991, the federal government began loosening its grip on patents and copyright, and by 2000 required that any intellectual property arising from a procurement contract should generally be owned by the contractor, with limited exceptions such as national security. The United States government has a similar policy.

The new evaluation, prepared for Industry Canada by Ottawa-based consultants TDV Global Inc., found the Canadian rules are being widely ignored or violated.

The December 2011 report, recently made public, found few departments were even applying to Treasury Board, as required, for exemptions to allow them to retain patents or copyrights, and few had proper justifications in their own files.

The report also criticized Treasury Board and Industry Canada for failing to monitor departments' adherence to the policy or to challenge exemptions.

A spokesman for Industry Canada said the department is holding a series of meetings this year with other departments to alert them to the findings, to provide new data for 2010, to advise on best practices, and to revise an internal guide by March next year.

But Michel Cimpaye said each department remains responsible for following the policy "and as such it is not the role of Industry Canada to 'police' procurement decisions of other departments." 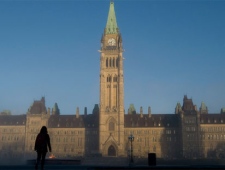