For 3rd year in a row, Toronto tops list of last-minute tax filers

MISSISSAUGA, Ont. - It's income tax time. Guess who has the worst reputation for procrastination?

Canada's biggest city had the most returns filed electronically through the QuickTax Online service on April 29-30, 2009, according to Intuit Canada,

None of the cities in Atlantic Canada made the list of late filers. The tongue-in-cheek study suggests their citizens are "probably already enjoying their refunds."

The usual deadline for Canadians to file their income tax returns is April 30, which is Friday this year. 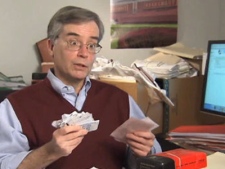