The medical officer of health for the Simcoe-Muskoka District Health Unit says about 230 children at three summer camps have contracted H1N1 influenza.

Dr. Charles Gardner says all cases of the virus, also known as swine flu, are relatively mild and none of the affected campers have been hospitalization. All three camps affected by the outbreak are located in Simcoe and Muskoka Counties.

"In all three cases we've had laboratory confirmation the virus is affecting those camps," Gardner told CP24 on Wednesday in a phone interview.

Out of about 1,200 children at the three camps, 18 per cent became ill with fever, cough or sore throat. All three camps remain open with measures in place to prevent further spreading of the illness.

"To date we haven't felt that (closing the camps) would be warranted," he said, listing the following factors used to determine whether a camp should be closed:

The names of the affected camps have not been released by health officials due to confidentiality policies.

Gardner encourages parents to screen their children for symptoms of the flu before sending them to camp. 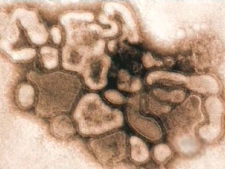