Inheritance should be a windfall, not part of retirement plan, experts say 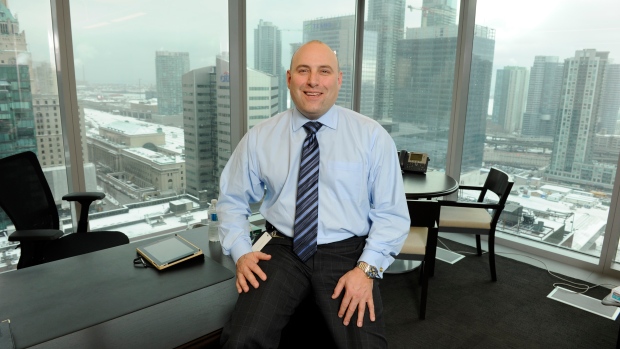 Freedom 65 seems a distant dream for many Canadians. Numbers paint a picture of a debt-laden, savings-averse nation of waiters - those watching the clock tick tock until they cash in on a presumed inheritance intended to fund their retirement dreams. Tony Maiorino, VP and head of Royal Bank of Canada's Wealth Management, poses for a portrait in Toronto in an an undated handout photo. THE CANADIAN PRESS/HO-RBC

Freedom 65 seems a distant dream for many Canadians as numbers paint a picture of a debt-laden, savings-averse nation with some anticipating an inheritance to fund their retirement dreams.

These people, it turns out, may instead receive an unwelcome surprise, experts say. As people live longer, presumed benefactors may spend much of their money, choose to donate or even acquire new heirs through a second marriage - among other potential hiccups.

“The difficulty with inheritance is: you don't know at that point in time what's going to happen,” said Tony Maiorino, head at RBC Wealth Management Services.

But many Canadians appear to be counting on a payout. Twenty-one per cent of employed baby boomers surveyed by Ipsos for RBC's annual retirement myths and realities poll said they were relying on an expected inheritance to boost their retirement nest egg. (Three per cent also crossed their fingers for a future lottery win.)

With the precarious financial position of many Canadians, it's no surprise some hope to fall back on a relative's estate.

Analysts continue to sound alarm bells over rising household debt. Canadians owed roughly $1.74 in credit-market debt, which includes consumer credit, mortgages and non-mortgage loans, for every $1 of disposable household income, according to Statistics Canada's figures for the second quarter of 2019.

In the second quarter, total debt per consumer surged to $71,979 - up from roughly $57,000 five years prior, according to credit-monitoring service Equifax.

Alarmingly, while debt piles up, the savings rate is dropping. Poll after poll in recent years finds that Canadians are failing to save adequately for retirement. One discovered 32 per cent of respondents aged 45 to 64 and nearing retirement have nothing saved. Another claimed two out of five indebted Canadians don't expect to pay back their loans before dying.

Personal finance experts overwhelmingly reject the strategy of relying on an inheritance for financial planning.

Some people, especially older generations, tend to view money as an uncouth topic and may shy away from disclosing their estate plans or speaking about specific numbers with children, said Melanie McDonald, a vice-president for BMO Private Wealth's trust and estate services in Western Canada. That makes it difficult to predict just how much inheritance may be forthcoming.

Even if the parents disclose a figure and promise not to spend that money, she said, a good adviser would caution against relying on it.

“It is possible that they change their will,” she said, and could do so right up until the end of their life.

Should the will remain unchanged, the parent's situation may shift and produce new heirs who can claim a portion of the estate.

If a parent divorces or loses their partner and remarries, a new spouse, stepchildren or even a biological child may secure a branch on the family tree.

Laws tend to provide for the new spouse if their partner dies, said McDonald, which could have “a significant impact” on estate plans.

His mother spent her final years in a home at a significant cost that was paid for through her estate, he said.

“If she would have lived for another five or six years, we would have gotten to the point where those savings would have begun to be exhausted.”

Assuming the parent won't need to fund expensive, long-term elder care, they could still spend much - if not all - of their reserves, said Maiorino, simply by living a long life.

That's a lot of time to deplete financial reserves.

Benefactors could also choose to bypass certain heirs, such as children whom they deem to be succeeding on their own, said Maiorino, and instead leave money for grandchildren.

There's also an increasing movement to gift much of one's wealth to charity, especially among the one per cent. Bill and Melinda Gates, along with Warren Buffett, started the giving pledge in 2010. Since then, 204 of the world's wealthiest individuals, couples and families have joined, according to its website, promising to gift more than half of their wealth to philanthropy or charity over their lifetime or in their will.

With so many potential outcomes, it's best to see any anticipated inheritance as a windfall, said Maiorino.

“We should be building a plan for your retirement based on your goals and your objectives and your savings.”

This report by The Canadian Press was first published Nov. 28, 2019.