Air Canada to suspend flights between Vancouver and Delhi this summer 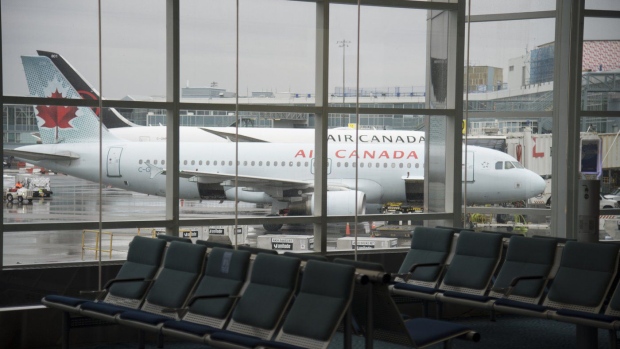 A plane is seen through the window on the tarmac of Vancouver International Airport as the waiting room is empty Tuesday, June 9, 2020. Air Canada says it is suspending flights between Vancouver and Delhi this summer due to extended flying times and a refueling stop that are needed to avoid Russian and Ukraine airspace. THE CANADIAN PRESS/Jonathan Hayward

VANCOUVER - Air Canada says it is suspending flights between Vancouver and Delhi this summer due to the difficulties of avoiding Russian and Ukrainian airspace.

The airline says in a release Wednesday that the change is necessary because of extended flying times and a refuelling stop that are needed for routes that avoid the area.

It says wind and weather conditions in South Asia are also expected to add to the challenge.

Flights between Vancouver and Delhi will be unavailable between June 2 and Sept. 6, and from June 4 to Sept. 8 between Delhi and Vancouver.

Air Canada says it may reinstate the route earlier if conditions allow.

The airline says anyone whose bookings are affected will be rescheduled on alternate flights without additional fees and it will continue to operate its flights to India from Toronto and Montreal.

This report by The Canadian Press was first published April 6, 2022