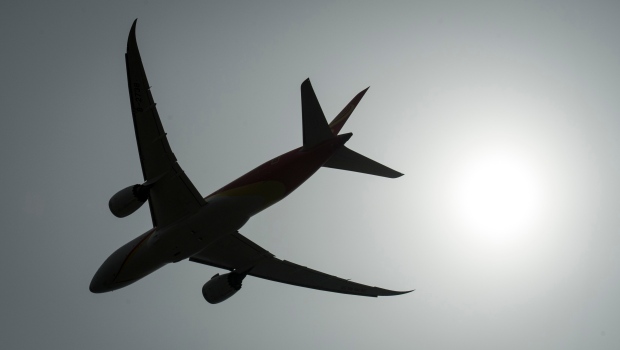 OTTAWA - Federal regulators are hoping a wave of new air passenger rights arriving this weekend will take the humbug out of holiday travel.

The regulators are also promising public awareness help in the face of polling that suggests many people boarding flights don't know about the new regime.

This is the second phase of passenger-rights rules. The first ones landed in mid-July and required airlines to compensate and respond to tarmac delays, denied boardings and lost or damaged luggage.

Transport Minister Marc Garneau's mandate letter also shows he is to look at a much broader change to how Canada's airports operate.

“The model that has existed with our airport authorities for over 20 years has been a very good model, but it's 20 years old and the world has changed,” he said.

“It's a good time to re-look at the governance and the way things operate within our airports.”

The mandate letter was made public Friday morning just as Garneau was talking about the new suite of passenger rights.

AirHelp, a Berlin-based passenger rights company, has said the exemptions for weather or mechanical malfunctions doesn't encourage airlines to avoid “so-called undiscovered issues” and allows them to sidestep compensation by pointing to malfunctions on the tarmac.

Other consumer rights advocates say getting monetary compensation is tough because it requires passengers to present evidence that is in the hands of the airline.

The rules rely on travellers filing complaints with airlines or, as a last resort, the Canadian Transportation Agency.

Agency chair Scott Streiner, said the number of complaints about air travel continues to rise and will likely top 10,000 for 2019.

Streiner said he was satisfied with the airlines' overall efforts to comply with the first wave of rules and expected the same in the coming weeks. He also noted his agency didn't hesitate to fine companies found in violation of the rules already in place.

But six months into the new regime, it isn't clear how well things have worked because data about complaints rests with air carriers and isn't yet public, said Ian Jack, the Canadian Automobile Association's managing director of government relations.

A CAA-commissioned poll made public Friday found that just over half of respondents said they hadn't heard or read anything about the rules aiming to protect flyers caught in travel nightmares.

“We clearly need a lot more public education on this so that people actually understand they've got these rights and that they start understanding how to exercise them,” Jack said.

“In order to get your rights, you need to know about them. So clearly the government and the carriers need to do a better job of letting people know about this new regime or it's simply not going to work.”

The Leger poll of 1,517 respondents was conducted between Nov. 27 and Dec. 4, but can't be assigned a margin of error because internet-based polls are not considered random samples.

John McKenna, who heads the Air Transport Association of Canada, said the stiff penalties could encourage carriers to exploit loopholes to avoid paying them.

“The greater that compensation level is, the more that's going to incite the operators to be, well, creative in how they manage it,” McKenna said.

“We certainly don't encourage that kind of stuff.”

Air Canada and Porter Airlines, as well as 15 other carriers and two industry groups, launched a legal challenge to the new rules over the summer, arguing the regulations exceeded the CTA's authority. The legal challenge is currently before the Federal Court of Appeal.

- With files from Christopher Reynolds