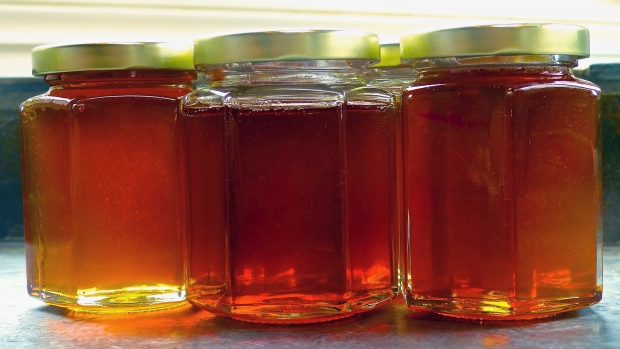 Canada's food agency is cracking down on fake honey after report shows it continues to be sold in the country. (File photo/Dean Fosdick via AP)

The federal food inspection agency is cracking down on fake honey after a report showed such products continue to be sold in the market.

The Canadian Food Inspection Agency (CFIA) published earlier this month the results of a 14 week-long investigation of honey products sold in the country.

Out of the 240 samples, 52 imported honeys contained some foreign sugars. Meanwhile, all locally-produced honey passed the test.

The samples were collected across the country from importers, brokers, distributors, domestic processing facilities and retailers between June and September 2018.

The products sampled include bulk honey intended for processing, retailed packaged honey and products presented as containing only honey or blends of honey from multiple sources.

The agency stated that selling and misrepresenting fake honey is considered food fraud.

"All foods in Canada, including honey, must be safe for consumption and truthfully represented," the agency stated in the report.

"(It) deceives consumers about what they are buying and creates an unfair market for those selling authentic honey."

Some of the samples that had foreign sugars came from countries like India, Vietnam, Greece, Pakistan, and Germany.

The president of the Ontario Beekeepers' Association told CP24 in an e-mail that bad products labelled as honey can damage consumers' trust in honey as a pure, natural, healthy food.

"Unscrupulous importers must not be able to dump cheap, adulterated honey on the Canadian market," said Andre Flys.

"We hope that CFIA will continue to be diligent in their surveillance of imported honey. And we encourage consumers to buy and enjoy 100% Ontario honey from a local beekeeper," Flys added.

As of January 2019, the CFIA has prevented an estimated 12,700 kilogram of fake honey valued at more than $76,000 from entering the Canadian market.

The CFIA noted the data might not represent the full Canadian marketplace. The honey products targeted due to their  history of non-compliance, gaps in preventive controls, or unusual trading patterns.

The agency stated it will use the results of the sampling to improve the inspection of honey that is being sold in Canada.

"CFIA also plans to use lessons learned to plan similar strategies for other commodities at risk going forward."