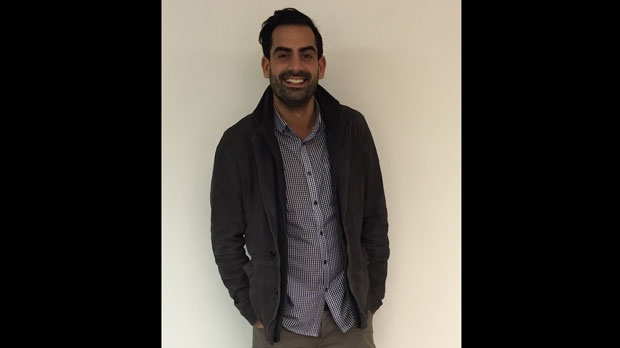 Erick Bouaziz, 36, is the founder of The Academy, a treatment centre for young people in Etobicoke.

When Erick Bouaziz was 20 years old, he lived the life of a rock star. An entrepreneur who dominated the nightlife scene as the head of an entertainment company, he enjoyed all the excesses his successes brought him, and there were many.

Soon, his drug-fuelled lifestyle had brought him down to his knees. At 26, his family and close friends staged an intervention, begging him to get clean but to no avail. When he was 32 years old, his business partner wrote him a letter, threatening to pull out of their successful enterprise if he didn’t get his act together. That night, overcome with paranoia, paralyzing depression and severe drug addiction, Bouaziz fell to his knees in the living room of his North York home where he lived alone. Down on his knees, he cried and prayed for help.

Today, Bouaziz can brag about being clean, but he doesn’t.

“Every day is a struggle, but every day is also a huge blessing full of opportunity," he says about his life in recovery. It’s been nearly five years since he walked into a 12-step meeting and away from his life as a drug addict.

“I never left. I go at least three or four times a week. I look for newcomers, people who are struggling. Someone once sat down with me and the only way it works is giving back what was so freely given to you.”

Last month he walked into a new phase of his life. He opened up The Academy, a treatment centre in Etobicoke, located near Kipling Avenue and Albion Road, with programs designed specifically for young people between the ages of 15 and 30 years old.

He is targeting that demographic because he remembers all too well the insurmountable struggles he faced at that age and the decisions he made that led him on his bumpy path.

“In high school, you’re introduced to things, you’re curious,” he said in a recent interview with CP24.com. “Marijuana is the biggest thing in high school. It’s the gateway drug -- you think it’s acceptable, that there’s nothing’s wrong with it, everyone’s doing it, sometimes parents also do it.”

“Then I was introduced to after-hours life in clubs,” he continued. “I got introduced to ecstasy and started doing that religiously, every weekend, thinking I found freedom. “

It was a long time before he realized that he hadn’t found freedom but a cage of despair he couldn’t find his way out of.

“I was always justifying my using,” he said. “I’m only 20 years old… I have my whole life ahead of me…I’m not that bad. I was still making money, driving a Mercedes-Benz. I had a house, nice clothes. When people think of an addict, they think of someone under a bridge.”

Depression crept in and drugs was once again his path to freedom.

“I wanted to kill myself and was too afraid to admit it,” he said. “I didn’t end up doing it because I ended up calling a dealer to do more drugs. An addict doesn’t kill himself on purpose. Ideally we just want to get out of reality. Life happens and life gets tough and people don’t know how to deal with it, so we turn to things that make us feel better for instant gratification. Alcohol, drugs, women, sex, food, whatever.”

Ironically, it was his friends in the party scene that made him realize how deep his troubles ran.

“I knew I had a problem when people started telling me, ‘Normally everyone parties together, when you’re partying on your own, that’s when you have a problem.’”

Bouaziz walked into two treatment centres in Ontario during that time period and each time, his blood ran cold, afraid of being institutionalized in a place that felt more like a hospital than a place of healing.

He couldn’t bear to stay one night in those facilities and that reaction stayed with him until after he finally got clean and turned his life around.

After going back to school at 33 and earning a diploma in addictions counselling, Bouaziz decided to go one step further and open a treatment centre. He co-founded a treatment centre in Port Perry called New Awakenings and then late last year, opened up The Academy.

There are few treatment centres that cater to young people. The Academy serves clients between the ages of 15 and 30. Men and women are separated so that the focus remains on the treatment rather than the lure of the opposite sex. And most importantly, clients are strongly urged to stay there for at least 90 days.

The Academy currently has 40 beds at its facility for patients who suffer from addiction, anxiety, depression, trauma and other behavioural issues. A team of counselors, psychiatrists and social workers work with each patient and help arm them with the skills to successfully manage their addictions, their anger, their lives inside and outside the facitlity’s doors.

The staff to client ratio at The Academy is three to one, which is the key to making a difference, Bouaziz said.

“When it’s intimate, you don’t feel lost, you’re not just a number,” he said. “There’s a lot of one-on-one counselling.”

The program costs about $30,000 for 90 days and Bouaziz hopes to have some government-funded beds in place at the facility by next year to help families in need.

In the meantime, Bouaziz said he is doing what he can to lend a helping hand.

“We work with families, we have donors, we do charity events to raise money…We always find a way to give back.”

As far as his own road to recovery, while he’s grateful for how far he’s come, he can’t help but look back and see the dark shadow of his younger self.

There have been some tough times in the last five years of sobriety. A year after he got clean, a man who had become a father figure to him died of a heart attack and he was there to witness it. A year after that, one of his best friends died of cancer.

Despite the heart-wrenching pain of loss, Bouaziz stayed focused on the future while always being mindful of the past.

“I wish I would have gone into treatment when I was 18,” he said. “I wouldn’t have suffered for another 10 years. Sometimes you don’t know when you’ve hit rock bottom and you keep digging. You don’t know when enough is enough. I have to live this program every day of my life. Don't get me wrong, everyday is an amazing day and I love my life now but for me to be successful, I have to help people.”

The Academy opened up in December, 2014 and focuses on the treatment of young people between the ages of 15 and 30.