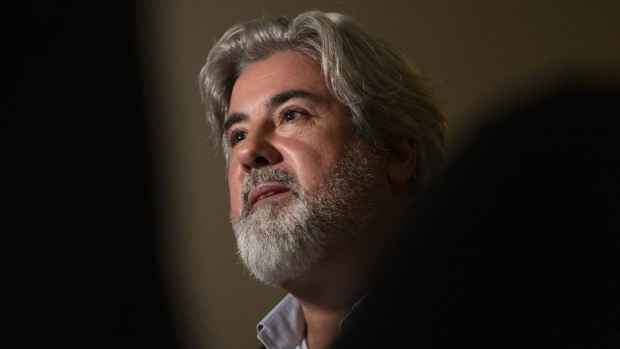 Pablo Rodriguez speaks to reporters during the Liberal summer caucus retreat in St. Andrews, N.B. on Monday, September 12, 2022. Rodriguez says he doesn't appreciate Google "trying to intimidate Canadians" after the company pushed back on a proposed online streaming bill. THE CANADIAN PRESS/Darren Calabrese

Google published a blog post on Wednesday advocating against Bill C-11, saying it has the potential to “disadvantage the Canadian creators.”

When asked about that criticism, Rodriguez said the proposed law simply asks streaming companies - including YouTube, which is owned by Google's parent company, Alphabet - to contribute to Canadian culture.

The online streaming bill, which has passed the House of Commons and is now being considered by the Senate, would force streaming platforms to promote Canadian TV, movies, videos or music, and help fund Canadian content.

YouTube executive Jeanette Patell said the amendments the company is asking for will not limit the financial contribution it's already making to support Canadian content.

In June, before Parliament's summer break, the House of Commons passed Bill C-11 with more than 150 amendments. The Senate decided not to rush its passage and instead take a more thorough look this fall.

The bill has been sharply opposed by digital-first creators and Conservative MPs, who claim it would allow a future government to regulate people posting videos on YouTube - a charge the government denies.

In a statement, Patell said YouTube will continue to engage “constructively and transparently” in the conversation.

“We strongly believe that we have a responsibility to inform Canadian users and creators of how this bill could impact their YouTube experience, and in some cases their livelihoods,” Patell said.