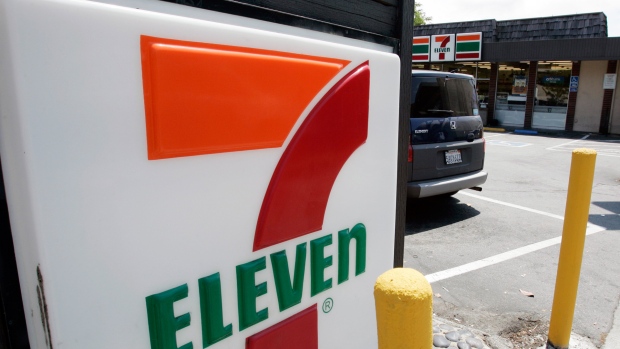 7-Eleven's plans to serve alcohol in Ontario may be hard for convenience store patrons to envision.

But it is actually a new take on an old format, says James Rilett, vice president of Central Canada for industry group Restaurants Canada.

7-Eleven Canada is awaiting approval for 61 liquor sales licences that would allow in-store service of beer and wine. If approved, 7-Eleven Canada says trained servers would offer the alcoholic beverages during limited hours in designated consumption areas of the shops.

The convenience store chain has not yet revealed what that would look like - for instance, whether there would be a seating area, wait staff or a bar separate from the register counter.

Since the convenience store chain is not primarily a restaurant, regulations don't allow the chain to compete with restaurants by offering takeout alcohol sales, Rilett says.

While 7-Eleven will need to come up with safety policies for drivers buying gas, Rilett says the convenience stores could look to restaurants at rest stops for examples of how to manage alcohol service.

“The restaurant industry is always evolving, and we see this as just another evolution. It's actually nothing new in many ways,” says Rilett.

“There'll probably be some hiccups along the way. They're an innovative company, so hopefully, they'll be able to address them. It might end up being that some restaurants that don't have liquor licences now see this as an opportunity to do this as well.”

Erik Joyal, a restaurateur and co-founder of advocacy group Save Hospitality, admits that it's hard for him to imagine himself sitting down for a beer in a 7-Eleven.

But Joyal says it could actually be advantageous for the restaurant industry to have an international heavyweight like 7-Eleven on their side when it comes to changing Ontario's “outdated” liquor laws.

“I do think the overarching move towards liberalization of the sale of alcohol is a good thing,” says Joyal.

“Convenience stores, if they're starting to sell alcohol, start to face the same problems that the restaurant community is facing. And that is there isn't any wholesale pricing...Having that voice to advocate for that change could be a good thing.”

Joyal says that it will be important, however, that 7-Eleven does have the same sorts of rules as restaurants in terms of monitoring patrons for alcohol safety, even if other shoppers are coming in and out of the store.

The chain's move into alcohol sales comes after months of COVID-19 restrictions on bars in Ontario. Joyal says it will be interesting to watch whether the stores have adequate space to open the in-store bars in light of social distancing requirements.

“The rules have to be the same for everybody, and they have to be really transparent,” says Joyal. “You can't have one set of rules for 7-Eleven or a big, big chain, and then a completely separate set of rules for small independent restaurants - especially ones that are trying to recover during and post-pandemic.”