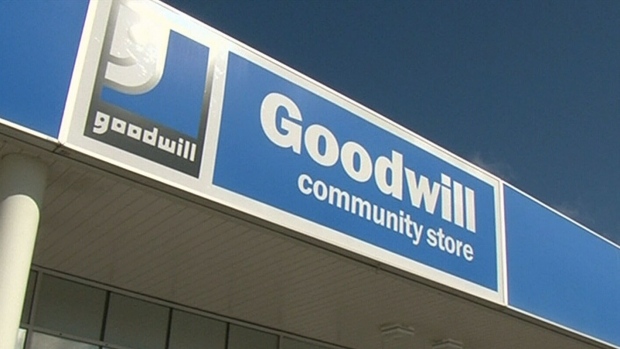 The Goodwill shop's manager had said she would never consider selling such sentimental items, so she used social media on Friday to try to track down relatives.

Lorna Schnepf says an employee found the medals along with old family photos in a cedar box a week earlier.

Included was a Memorial Cross -- given to families of soldiers who died in service -- bearing the name Sgt. R.W. Finch, who was killed in action in the Netherlands in 1945.

Goodwill says in a news release that messages poured in from across the country from people wanting to help track down Finch's family and they found a relative hours later.

The not-for-profit says it returned the medals to Finch's granddaughter, Tracey Scott, at the store on Sunday.

"Goodwill Industries of Alberta is proud to return these items back to the family, back to their home and back to their rightful place, as we can only imagine the emotions running through this family," the organization said in the release.

Goodwill thanked members of the public who helped find the family.

"Together we showed how amazing this country is, simply by offering a helping hand."

Gord Crossley of the Fort Garry Horse Museum and Archives in Winnipeg said Finch died near Assen, Holland, on April 13, 1945, while he was serving with the 10th Canadian Armoured Regiment (Fort Garry Horse).

A set of medals attributed to Finch include the 1939-45 Star; the France and Germany Star; the Defence Medal; the Canadian Volunteer Service Medal with an overseas clasp and a 1939-45 War Medal.

Those were the normal set of medals for Canadians who served in northwestern Europe during the Second World War, said Crossley, who added they would have been sent to his widow, Elizabeth McKay Finch -- nee Purdie -- in 1946 or 1947.

Memorial crosses would have been sent to his widow as well as his mother, Helen Marie Finch.

A second set of medals in the box could have been from relatives of Finch, Crossley said.