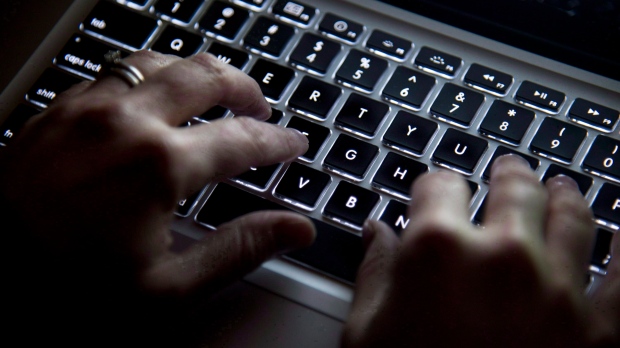 Amid the workplace disruptions, household distractions and widespread unemployment brought by the COVID-19 crisis, it couldn't be a worse time for consumers to face an internet price increase.But some of Canada's internet service providers, and their national industry association, say they've reluctantly decided to hike prices or reverse previously announced price decreases at this time because of an unresolved battle with cable and phone companies. THE CANADIAN PRESS/Jonathan Hayward

TORONTO - Amid the workplace disruptions, household distractions and widespread unemployment brought by the COVID-19 crisis, it couldn't be a worse time for consumers to face an internet price increase.

But some of Canada's small and mid-sized internet service providers, and their national industry association, say they've reluctantly decided to hike prices or reverse previously announced price decreases at this time because of an unresolved battle with cable and phone companies.

“And that's a huge problem, especially right in the midst of a global pandemic,” says Matt Stein, chairman of the Canadian Network Operators Association, which represents 31 independent ISPs - sometimes referred to as wholesale resellers - that access their customers through rented cable and phone lines.

The most prominent example is TekSavvy, which announced last week that it would raise the prices on each of its internet plans by $5 per month, which represents an increase of between six per cent for higher-priced plans and 20 per cent for lower-priced plans.

The company, which has customers across Canada, also announced layoffs - primarily at its main office in Chatham, Ont.

TekSavvy argues - although its position is resoundingly rejected by Canada's main telecommunications providers - that its biggest problem is high wholesale internet rates that it continues to pay despite an August 2019 regulatory ruling that would have slashed some ISP rates by nearly 80 per cent.

“The only reason that we're in this position is because the incumbents appealed (the rate reduction) and the court (froze) those rates in the meantime,” says Andy Kaplan-Myrth, the TekSavvy vice-president responsible for regulatory and carrier issues.

With 300,000 customers, TekSavvy is the largest of Canada's mid-sized and small internet service providers who collectively argue, through CNOC and individually, that the lower rates ordered by the CRTC in August 2019 were fair and complied with established regulatory practices.

Virtually all the phone and cable companies that supply wholesale internet services to ISP resellers disagree, and argue in a number of filings that the Canadian Radio-television and Telecommunications Commission used a flawed analysis that resulted in setting wholesale rates below their own costs.

The incumbents, which include Bell, Rogers, Shaw, Telus, Cogeco, Eastlink, Videotron and SaskTel, have launched multiple appeals. As a result, the Federal Court of Appeal has frozen the wholesale internet rates at the higher 2016 levels - at least until the issue is resolved.

A statement from Bell responding to CNOC and TekSavvy says that industry's ability to invest in advanced communications networks would be affected if CRTC sets wholesale rates below the cost of providing the infrastructure.

“Rather than investing in networks, resellers ride on the networks built by companies like Bell that invest billions each year in infrastructure. Right now our focus is on making the capacity investments necessary to meet increased network demand during the COVID-19 crisis.”

A statement from Rogers points out that the wholesale rates have been the same since 2016 and the higher amounts paid reflect higher usage by the resellers' customers, not higher rates.

TekSavvy and CNOC say they believe the independent ISPs have a strong case and will ultimately get the reduced wholesale rates ordered by the CRTC but the unexpected arrival of the COVID-19 pandemic has made them ill-equipped to get through the crisis.

Stein, who is chief executive of CNOC member Distributel, says it's a bad time to raise retail subscriber rates but may be unavoidable because they've experienced a recent spike in usage as more people work from home and consumption of entertainment content has gone up.

He says that the expense of getting wholesale service accounts for 80 to 90 per cent of a typical ISP's costs.

“We need to add a bunch of costs to our businesses (due to high traffic since COVID), all of which goes directly to lining the pockets of large incumbent phone and cable companies,” Stein says.

Shelley Robinson, who manages a not-for-profit internet service provider in the Ottawa area, says her group couldn't take the risk of lowering its rates last year because it knew it would take time to have the appeals were resolved.

“So we held our prices firm, just hoping that the decision would come in our favour as soon as possible. And now, who knows how long it will be,” says Robinson, who is executive director of National Capital Freenet, which pays Bell Canada for wholesale internet service.

NCF - which has members rather than customers - informed them early last month that it would need to raise its retail rates on April 1.

“We announced it on March 4, before the lock-down, before COVID was what it is now. It existed in the world but we didn't know what it would become,” Robinson says.

NCF's wholesale internet costs have soared to unprecedented levels in recent weeks because its members started to stay-at-home for work and school.

Additionally, like other businesses, NCF has another set of extra COVID-related expenses required to maintain operations while protecting the health of employees and members.

TekSavvy, which is one of the most outspoken and politically active of the independent ISPs, took a different approach after the August 2019 decision and took the prospect of lower wholesale prices to gear up its marketing activities and lower its rates for retail customers.

Now it has announced a $5 per month price increase and layoffs, but Kaplan-Myrth said that decision was made only after asking most of its 10 wholesale suppliers to lower their rates voluntarily - until the crisis has abated - and then resume the 2016 rates until the appeals were concluded.

“And they would not do that. (That) was one of the dead ends that led, finally, to having to raise prices for customers.”

Shaw communications said in a statement that “regrettably, some resellers are trying to politicize the global pandemic” and repeated the general position of the incumbents, that the rates proposed by the CRTC last August would have undermined their ability to build and maintain the quality of their networks.

“Put another way,” Shaw concludes, “if these rates were in place earlier, Canada's networks would not have been able to accommodate the dramatic increase in network traffic that occurred as a result of the pandemic.”