Megabus to resume service between Toronto and the U.S., increase trips in Ontario 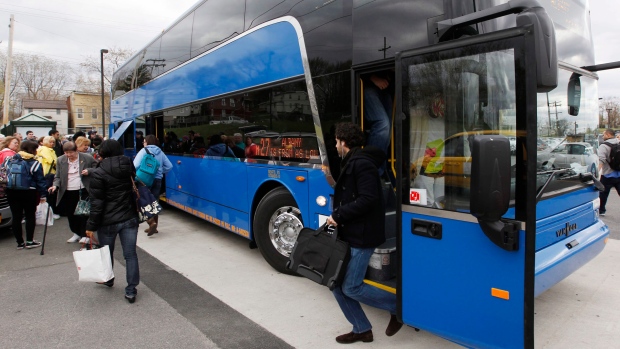 Travellers in Toronto looking to cross into the U.S. by bus this spring are in luck.

Megabus.com announced Thursday the company will resume its operations between the Canada-U.S. border due to what it called growing demand for the service.

“This will allow Canadians to conveniently travel between Toronto and a dozen U.S. cities,” a spokesperson said in an email.

Coach USA, which owns and operates services at Megabus.com and Coach Canada, said it is also revving up the number of trips between Toronto, Niagara Falls, Ottawa, and Montreal for summer travel.

Those interested can book a ticket now for travel as early as May 11.

As far as COVID-19 restrictions go, you won’t need to provide a negative test result on either side of the border as long as you are fully vaccinated.