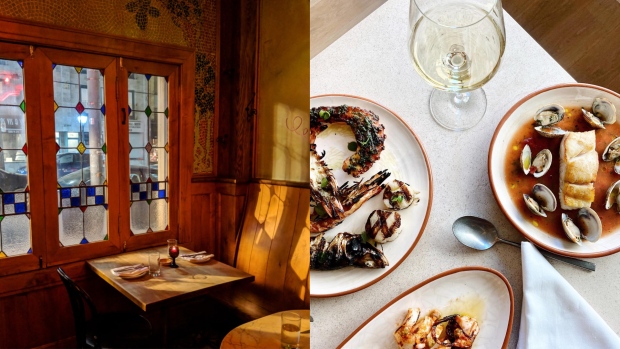 Nearly 50 Ontario restaurants cracked this top 100 list of the "most beloved" restaurants in Canada this year.

OpenTable released its list on Wednesday, and it ranked all of the restaurants by combing through more than one million restaurant reviews from verified diners on the website from Oct. 1, 2021 to Sept. 30, 2022.

From there, restaurants were organized by overall diner rating, “user klout," number of reviews, and regional overall rating, among other things.

“We’re seeing a strong interest in a variety of dining establishments and experiences this year, and strong representation from traditional continental to diverse international cuisines,” OpenTable Canada County Director, Matt Davis, said in a release.

In total, 49 eateries from the province made the list this year, with 32 being from Toronto alone. Newly-minted Michelin-star restaurants Osteria Giulia and Don Alfonso 1890 also made the list for the city.

These are Ontario’s top restaurants this year, according to verified OpenTable diners:

Canoe Restaurant and Bar, Toronto, ON

Morton’s The Steakhouse, Toronto, ON

The Bauer Kitchen, Waterloo, ON

The Good Earth Vineyard And Winery, Beamsville, ON

The Keg Steakhouse + Bar, Oshawa, ON

Outside of Ontario, Alberta had the second-most restaurants featured on the list with 23, then British Columbia with 18.