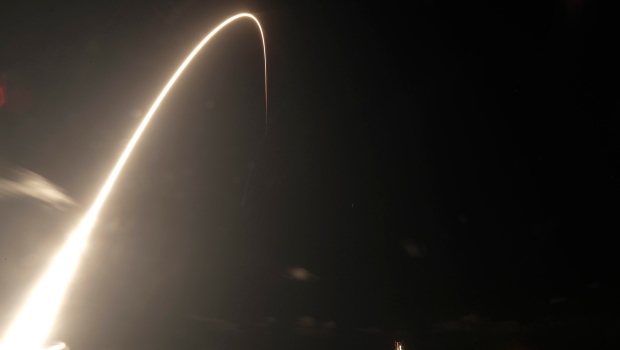 A Falcon 9 SpaceX rocket, with a payload of 60 satellites for SpaceX's Starlink broadband network, lifts off from Space Launch Complex 40 during a time exposure at the Cape Canaveral Air Force Station in Cape Canaveral, Fla., Thursday, May 23, 2019. (AP Photo/John Raoux)

OTTAWA - Aerospace firm SpaceX has been granted a second round of government approval to provide high-speed internet to Canadians through a constellation of satellites.

Innovation, Science and Economic Development Canada says it approved SpaceX's Starlink program, which aims to offer broadband internet in areas where connections tend to be unreliable, expensive, or completely unavailable.

ISED's signoff comes after the Canadian Radio-television and Telecommunications Commission granted its license in mid-October.

SpaceX has said it will dim the brightness of the low-earth satellites to avoid light pollution after some Canadians raise the concern during the CRTC approval process.

The company's website says it is targeting a 2020 launch for services in the northern U.S. and Canada.

After being asked when Canadians can try the service, SpaceX CEO Elon Musk tweeted on Nov. 5 that he was just “awaiting approval from Canadian authorities.”