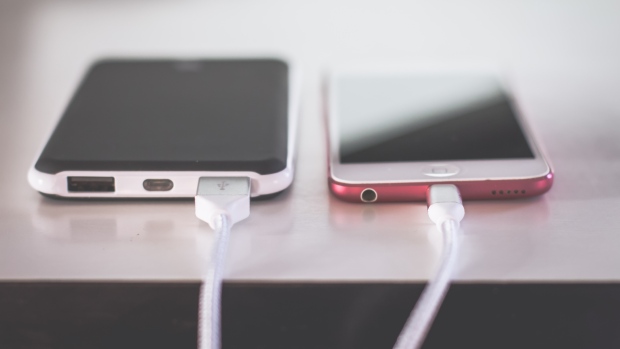 BRUSSELS, Sept 21 (Reuters) - The European Commission will on Thursday present a legislative proposal for a common charger for mobile phones, tablets and headphones, a person familiar with the matter said - a move likely to affect iPhone maker Apple more than its rivals.

The European Union executive and EU lawmakers have been pushing for a commoncharger for over a decade, saying it would be better for the environment and more convenient for users.

The Commission wants the sale ofchargers to be decoupled from devices, and also propose a harmonized charging port, the person said.

Apple, whose iPhones are charged from its Lightning cable, has said rules forcing connectors to conform to one type could deter innovation, create a mountain of electronic waste and irk consumers.

Rival Android-based devices are charged using USB-C connectors. Half thechargers sold with mobile phones in 2018 had a USB micro-B connector, while 29% had a USB-C connector and 21% a Lightning connector, according to a 2019 Commission study.