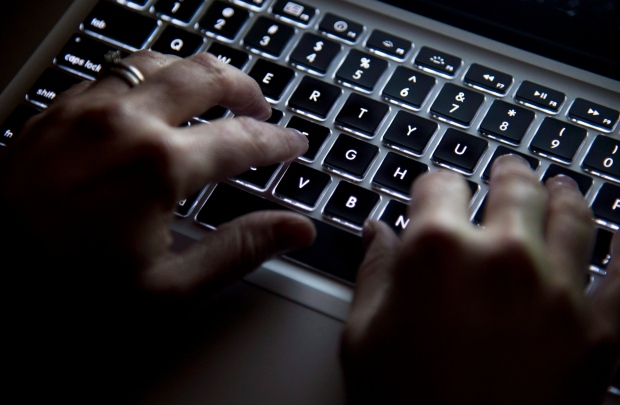 A woman uses her computer key board to type while surfing the internet in North Vancovuer, B.C., on Wednesday, December, 19, 2012. THE CANADIAN PRESS/Jonathan Hayward

OTTAWA - TekSavvy Solutions Inc. has appealed a Federal Court order that internet service providers must block access to the websites of GoldTV, a company that provides pirated television online.

TekSavvy says the Nov. 15 ruling, which is the first time a nationwide blocking order has been made in Canada, is a grave violation of network neutrality and could fundamentally change the nature of the internet in Canada.

It says it is also concerned that internet providers could be faced with hundreds or even thousands of site-blocking orders in the future, which could put a significant strain on its resources.

Bell Media, Groupe TVA and Rogers Media filed the complaint against GoldTV earlier this year, saying the company was selling subscriptions to numerous channels without owning the rights.

Justice Patrick Gleeson ruled in favour of the plaintiffs, ordering that internet providers block or attempt to block access to GoldTV's service within 15 days.

In his ruling, Gleeson said neither net neutrality concerns nor freedom of expression outweighed the blocking of access to the company's sites.

This report by The Canadian Press was first published on Nov. 26, 2019.