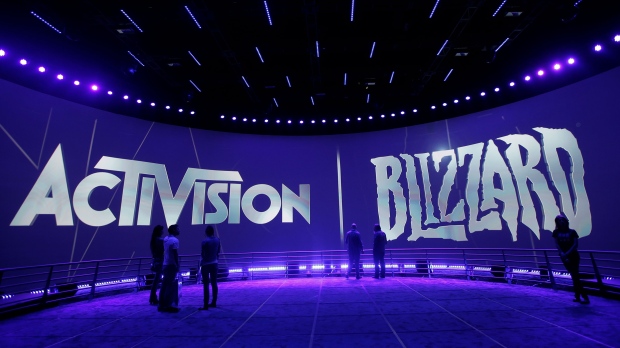 The second-stage probe comes after the UK's Competition and Markets Authority (CMA) said on Sept. 1 that the acquisition — which would make Microsoft the world's third-largest video game publisher — posed a risk to markets including console and cloud gaming.

As part of the proposed deal, Microsoft could gain ownership of popular video game franchises, including "Call of Duty," "World of Warcraft" and "Candy Crush."

UK regulators have expressed concerns that the acquisition could allow Microsoft to restrict that valuable content from other gaming platforms, particularly Sony's PlayStation.

"We're ready to work with the CMA on next steps and address any of its concerns," the company said in a statement provided to CNN. "We want people to have more access to games, not less."

In February, the company launched a charm offensive with regulators worldwide, announcing several commitments, including a promise not to give preferential treatment to content it owns on platforms it runs.

Earlier this month, the CMA gave Microsoft several days to respond to its preliminary finding with proposed solutions. On Sept. 6, Microsoft declined to make such an offer, the CMA said on Thursday, setting the stage for a phase-two investigation.

Under the agency's practices, that deeper probe could result in a decision to clear the deal, to impose restrictions or divestitures on the acquisition, or to block the deal outright.