Deciding where to go for a Caribbean vacation 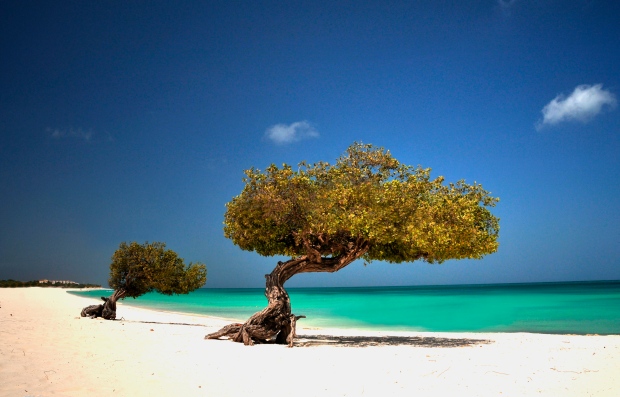 A beach in Aruba is shown in this photo provided by the Aruba Tourism Authority.

There are also other factors: Can you get a direct flight? Does it fit your budget?

Here are some destination picks based on the factors we often use to make our vacation decisions. The best part? All recommended destinations are a direct flight away from most Canadian gateways.

On this seven mile strip, Palm and Eagle Beach are the two most popular beaches. Palm Beach takes up two miles of this stretch and is home to the more glitzy accommodations but also the shops and restaurants that are nearby. The calm waters of this beach are ideal for snorkeling and diving; and if you’re in a romantic or reflective mode, make sure you time it for those tangerine sunsets. Powder white sands are synonmous with Eagle Beach. Bonus: during Easter, you can pitch a tent on the soft stretch of sand with your family. Talk about an amazing memory!

It won’t be difficult to find a beach from your starting point of Nassau. There are over 700 islands to make you feel as far away from home as possible.

Canadians flock to Cuba for an affordable beach holiday and for good reason. Miles upon miles of walkable sand and calm waters dot their beaches. But we’re not just talking about Varadero. Cayo Coco, Cayo Santa Maria, Holguin and Cinefuegos in Santa Lucia all have gorgeous beaches and are priced under $1,000 from most Canadian gateways. The best part? If you can only get away for a weekend, you can get 3-4 day stays in Cayo Coco, Cayo Santa Maria, Holguin and Varadero (mainly from Toronto but check with your agent to customize your trip).

Negril’s Seven Mile Beach is the image that you’ll most likely imagine if you think of a desktop screen saver. The sand needs no mention; it’s all about the clean aquamarine waters, coral reefs and palm trees that add to the atmosphere of this beach.

You can’t mention Jamaica without discussing Jerk Chicken, the spicy flavour that is known around the world. You can usually get it at shacks or try having it at famed beachside cafe, Rick’s Cafe, known as the place to watch sunsets and divers cliffside. Extras include sides of roasted breadfruit or corn, some ackee, and sweet treats such as tamarind balls and raw sugar cane if you can manage to pry yourself from the all inclusive buffet at your resort. Vegetarians will love Ras Rody’s for organic food.

This country’s French and Dutch predecessors have given foodies a lot to talk about! Grand Case, in particular, is known as the culinary capital of the Caribbean. The mix of the casual island eats of the “lolos” and the more sophisticated culinary fare of Restaurant Row, with a strong French influence is of wide appeal.

Belize has over 1,000 offshore cays (islands) and it is home to the largest cave system in Central America. It is home to the longest barrier reef in the hemisphere (and second largest in the world after the Great Barrier Reef in Australia), perfect for scuba divers. Eco and culture enthusiasts will also enjoy ancient Mayan ruins and attractions like the Crooked Tree Wildlife sanctuary.

Home to jungles and the Monteverde Rainforest, Costa Rica is a dream trip for adventure enthusiasts. Stay in a tree house, zip line through the forest or surf in some of most beautiful beaches in the world. Other active activities include bird watching, riding along in an ATV, rafting, and bungee jumping.

Samana is a great destination for beach lovers who want an added adventure. Whale-watching is a popular activity and from January to mid-March, the Bay of Samana becomes one of the most important reproductive areas of the Humpback Whale. With the addition of its airport in 2006, you can now get a direct flight to an untapped area in the Dominican.

Havana is an ideal affordable holiday that will make you feel like you are somewhere foreign. You only need to walk around to see the colourful characters at this UNESCO heritage site. Of course there are also old Cadillacs, colonial buildings, and more than a few bars dedicated to writer Ernest Hemingway who drank here quite often. The best part? You can combine this destination with three or four days in nearby Varadero for your beach fix.

If you are a fan of ancient culture, Honduras is an affordable vacation destination that has what you want. It has an array of monuments you can explore from the wonders of Copan (known as the Paris of ancient Maya cities) to the orignal capital city of Comayagua. For instance, the grand Catedral de Santa Maria was built over the course of a century between 1580 and 1708. Its tower, built in 1650, holds one of the oldest known clocks in the world: the Reloj Arabe, dating from 1100 and originally located in Grenada, Spain.

Puerto Rico's immigrants (Spanish, African, Chinese, French, German, and Lebanese to name a few) have had a strong effect on its culture. Party in the open air bars of La Guancha, Ponce; marvel at the architecture of old San Juan and boat over to the traditional restaurants of Lago Dos Bocas.

Current political situations have enabled certain destinations in Mexico like Mazatlan, Cozumel, and Puerto Vallarta to remain very good value for vacationers. It is best to keep up your safety radar (as in any country and at home) and do your research before you go, but for the beach, all-inclusive resort with great food options (some resorts offering gourmet inclusive meals) and direct flight, this could be one of the best value getaways yet.

Due to its stunning beaches and proximity to cultural towns, many destinations in Cuba will remain popular with Canadian travellers. Cuba is affordable year-round, but during shoulder seasons it is markedly less expensive.

Panama is fast-becoming the “next” destination for many Canadian travellers who want bang for their buck. With rising development and a number of luxury properties available to the vacationer for prices similar to Mexico and Cuba, this will no doubt be a go-to sun destination. It provides the perfect mix of beach and culture or a pit stop further afield into Central and South America.