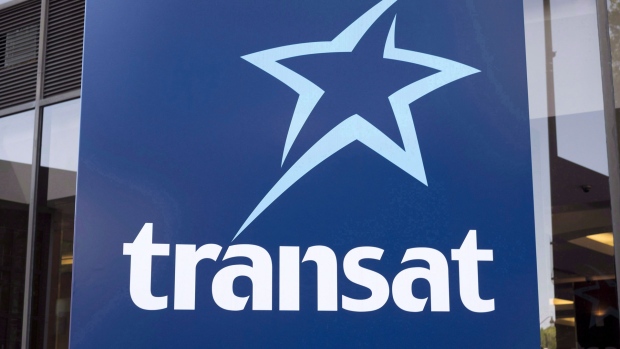 An Air Transat sign is seen Tuesday, May 31, 2016 in Montreal. THE CANADIAN PRESS/Paul Chiasson

MONTREAL - Air Transat has extended the suspension of its flights until July 29, due to continued travel restrictions in Canada and abroad.

The airline run by tour company Transat AT advised passengers of the extension of the suspension that was slated to end in mid-June in a travel advisory on its website.

It says affected customers will receive a notice informing them of their options.

The Montreal-based airline's operations have been grounded since the Canadian government's request in January to stop travel to Mexico and the Caribbean because of the COVID-19 pandemic.

Transat reached a deal with Ottawa last month to borrow up to $700 million, nearly half of which will go toward refunding travellers.

The company sought the support after Air Canada withdrew its $190-million bid for Transat after learning that European Union regulators would not allow the deal to go ahead.

Companies in this story: (TSX:TRZ, TSX:AC)