A 30-year-old man is charged with first-degree murder in the shooting death of a Toronto man earlier this week, police say.

Investigators arrested a suspect Friday after the 20-year-old victim, Okene Thompson, died of his injuries in hospital Wednesday.

Thompson was found with a gunshot wound to the head near Weston Road and Lawrence Avenue West on Sunday at about 5:30 a.m.

Police say Toronto resident Kirk Vernal is charged with first-degree murder. He is scheduled to appear in court Tuesday morning. 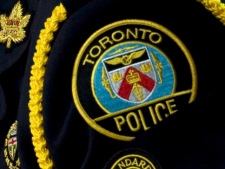