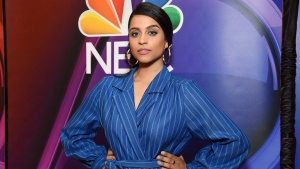 FILE - This May 13, 2019 file photo shows Lilly Singh at the NBC 2019/20 Upfront in New York. Singh’s late-night show “A Little Late With Lilly Singh” debuts on NBC on Monday, Sept. 16, 2019, making the YouTube sensation only the second woman of color to host a nightly network talk show in the past two decades. (Photo by Evan Agostini/Invision/AP, File)

The 31-year-old revealed the news in a video on her YouTube account, where she first rose to fame under the pseudonym Superwoman.

“A Little Late with Lilly Singh” debuted last September and airs on NBC in the U.S. and Global in Canada.

It made the Indian-Canadian actress-comedian-writer the first woman of colour to host a daily late-night show on a major broadcast network.

In announcing season 2 on her YouTube page, Singh performed a humorous rap song and thanked her supporters while in quarantine during the COVID-19 pandemic.

The post also sees her connecting with friends and fans, and donating to various causes, via video conferencing and physical distancing measures in Los Angeles where she now lives.

“I had to learn a new world of things I didn't know, and my new home was so outside my comfort zone,” Singh raps in the video posted Wednesday.