A look at the Canadians nominated for 2020 Oscars 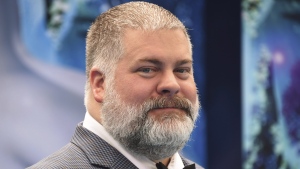 Director Dean DeBlois attends the premiere of "How to Train Your Dragon: The Hidden World" at the Regency Village Theatre on Saturday, Feb. 9, 2019, in Los Angeles. THE CANADIAN PRESS/AP, Phil McCarten/Invision

Writer-director Dean DeBlois of Aylmer, Que., was in the running for best animated feature for “How to Train Your Dragon: The Hidden World” but lost out to “Toy Story 4.”

Vancouver-born production designer Dennis Gassner of “1917” lost in his category to “Once upon a Time...in Hollywood.”

Toronto-based filmmaker Sami Khan's documentary short “St. Louis Superman” was defeated by “Learning to Skateboard in a Warzone (If You're a Girl).”

And two directors from Quebec were in contention for best live action short - Meryam Joobeur for “Brotherhood” and Delphine Girard for “A Sister” - but lost to “The Neighbors' Widow.”

During the show, Toronto-bred Reeves and Diane Keaton presented the award for best original screenplay to “Parasite.”

And Ottawa-raised Oh was alongside Ray Romano in presenting the makeup and hairstyling Oscar to “Bombshell.”

This report by The Canadian Press was first published Feb. 9, 2020.