Meek Mill should get new trial before a new judge, district attorney says 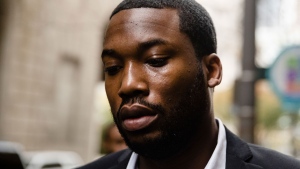 PHILADELPHIA - The district attorney of Philadelphia is calling for a new trial for rapper Meek Mill before a new judge.

Krasner, who has called for Brinkley's removal in the past, said Mill should get a new trial before a different judge. The brief criticized Brinkley for checking up on Mill at a homeless shelter where he was doing community service.

A message was left Wednesday with attorney A. Charles Peruto Jr., who previously represented Brinkley.