No Britney Spears, no decisions made at hearing 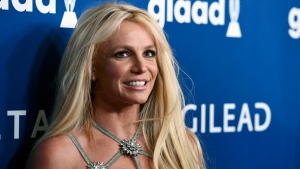 LOS ANGELES - A hearing Wednesday on the future of the court conservatorship that for 11 years has controlled the money and affairs of Britney Spears ended with no decisions made and no appearance from the pop star.

The hearing was cleared of the public and media. Los Angeles Superior Court Judge Brenda J. Penny issued no rulings during or after the proceedings, and Spears was not listed among those in attendance.

The hearing opened with a courtroom full of media members and a few Spears fans, but all were required to leave when Penny agreed with attorneys who requested that the hearing and its transcripts should be sealed because of what would be revealed about Spears' medical, mental and financial issues, along with details about her two young sons.

In May, the 37-year-old Spears made a rare appearance in the same courtroom for another closed conservatorship hearing. She had asked to speak to the court and was brought in through a back door once the courtroom was cleared.

Her request raised the possibility that she could be seeking changes in the arrangement that she has largely quietly accepted for years.

Penny asked for an analyst to review Spears' situation after that hearing, and had been expected to get at least some of the results Wednesday. It's not clear whether she did, but in court documents she said the status hearing would resume in January.

Spears' father, Jamie Spears, and mother, Lynne Spears, were both in court, along with a half-dozen attorneys with various roles in the conservatorship.

Jamie Spears temporarily stepped down in his role as conservator over his daughter's personal affairs earlier this month, citing poor health, but he maintained his financial control over her.

Prosecutors in neighbouring Ventura County announced Tuesday that they would not be filing criminal charges against the 67-year-old Jamie Spears after deputies investigated an allegation of child abuse. The district attorney's office would not say who the child in the report was or give any other details on the investigation. Jamie Spears' attorney did not respond to a request for comment.

Jodi Montgomery, who has long helped manage Britney Spears' personal affairs, is now playing the role her father relinquished, and was also in court Wednesday.

Lynne Spears has not been involved in the conservatorship but has recently asked for greater access to information from its proceedings and filings.

Jamie Spears has several grandchildren, including Britney Spears' two sons, who are 14 and 13.

Her ex-husband Kevin Federline has custody of the boys, but she has frequent visits with them.

Conservatorship, known in many states as guardianship, is an involuntary status usually reserved for very elderly or very ill people who are suffering from dementia or otherwise incapacitated and unable to make decisions for themselves.

The court put Britney Spears under the status in 2008 when she was having serious personal and psychiatric struggles, many of which played out in public.

Dozens of the pop star's fans who oppose the conservatorship and insist she's being controlled against her will protested outside the courthouse Wednesday, as they usually do outside such hearings, with signs that read “Free Britney.”