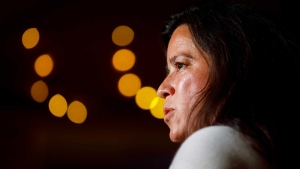 TORONTO -- Former MP Jody Wilson-Raybould's memoir detailing her tumultuous tenure as the Liberal justice minister is among four titles that have been shortlisted for a $60,000 public policy book award.

The Writers' Trust of Canada announced the inaugural finalists Wednesday for the Balsillie Prize for Public Policy.

The new annual prize, backed by former BlackBerry chief executive Jim Balsillie, will be awarded for the first time on Nov. 24 to the best non-fiction book shaping Canadian discourse about public policy.

Wilson-Raybould is nominated for "'Indian' in the Cabinet: Speaking Truth to Power," published by HarperCollins Canada, which touches on her experience as an Indigenous leader at the cabinet table and how she moved forward following the SNC-Lavalin affair.

Also in the running is Globe and Mail health columnist Andre Picard for "Neglected No More: The Urgent Need to Improve the Lives of Canada's Elders in the Wake of a Pandemic," from Random House Canada.