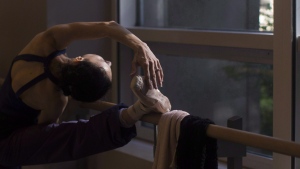 TORONTO - It's the end of an era at the National Ballet of Canada, with the announcement that Greta Hodgkinson plans to retire as principal dancer next year.

The company says Hodgkinson's final performance as principal dancer will be the role of Marguerite in Frederick Ashton's “Marguerite and Armand,” which makes its company premiere from Feb. 29 to March 7.

She'll also dance the title role in “Giselle” and appear in “Petite Mort” in November as well as “The Nutcracker” in December.

In her 30-year career, Hodgkinson has worked with top choreographers and dancers, and performed key roles on stages around the world.

In a statement, the National Ballet praises “her immaculate technique and dramatic power,” noting “she is a gifted interpreter of great classical roles and an instinctive collaborator on new work, making her a favourite with choreographers.”

The National Ballet's 2019/2020 season marks Hodgkinson's 24th year as a principal dancer with the company, a milestone achieved only by two others in the company's history: Veronica Tennant and artistic director Karen Kain.

Hodgkinson's honours include being appointed to the Order of Ontario and a nomination for the prestigious Prix Benois de la Danse for her role as Odette/Odile in James Kudelka's “Swan Lake.”

“I am forever grateful to the National Ballet of Canada for the many incredible opportunities I have had to fulfil my dreams and dance here and around the world over the past 30 years. This privilege enabled me to grow as an artist in an immeasurable way,” Hodgkinson, 45, said Thursday in a statement.

“Thank you from the bottom of my heart to the National Ballet, my colleagues, friends and especially the audience members who shared in the journey.”

Kain said from the moment she saw Hodgkinson in class at Canada's National Ballet School, she “knew she was a force to be reckoned with in every way.”

“She is a fearless, exquisitely musical dancer - and one of the most technically proficient artists I have known,” Kain said.

“She excels in the most classical of ballets and the most contemporary. Her contribution to this company cannot be understated. It has been a pleasure to watch her wonderful career.”