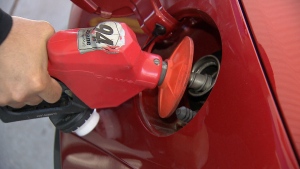 LOS ANGELES - A city-wide promotion in Los Angeles for a popular Amazon television series caused chaos when drivers lined up for hours to cash in on 1950s gas prices.

Amazon partnered with nearly 30 businesses to roll back prices Thursday in honour of the show "The Marvelous Mrs. Maisel," set in the '50s, as part of an Emmy Awards campaign.

Police had to shut down a 30-cents-per-gallon promotion at a Chevron gas station in Santa Monica after eager customers lining up caused traffic delays at the nearby westbound Santa Monica Freeway for hours.

One motorist took to Twitter to complain, saying it would have been a better idea "if we had the same number of cars on the road as in the '50s."

The show is nominated for 20 Emmy Awards. The Emmys will air Sept. 14.