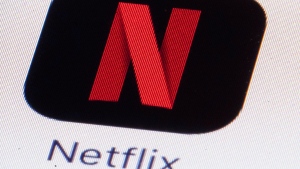 It feels like summer is fading even faster than usual this year, but when it comes to lighthearted entertainment in August, the biggest streaming services have you covered for the final weeks of the season.

Over at Netflix, reality TV is getting a spotlight with a fresh season of makeup competition “Glow Up” on Aug. 14. There's also plenty of drama on the real estate front with a third season of “Selling Sunset” (Aug. 7), and the introduction of “Million Dollar Beach House,” a series tracking sales agents in the Hamptons (Aug. 26).

Crave's HBO platform has Vancouver-raised Seth Rogen playing dual roles in “An American Pickle,” the story of an immigrant worker who falls into a vat of brine, and wakes up from his preserved state 100 years later in Brooklyn, where he meets his grandson. The film premieres on Aug. 6.

Here's a selection of other new films and TV series worth streaming in August:

While the political debate over U.S. immigration rages on, this six-part documentary shines a light on the many levels of power that determine who's fit to live within the country's borders. Given unprecedented access to Immigration and Customs Enforcement agents, the series captures the maze of red tape and quota systems that incentivize imprisoning or deporting migrants. Speaking with men who've fled their countries over fear for their lives, and military veterans that fought for the U.S. and now risk being kicked out, “Immigration Nation” tells a fast-paced story of a country trapped in a crisis with seemingly no solution in sight. (Netflix, Aug. 3)

Viewers have been turning to classic TV shows for an escape to pre-pandemic times, prompting CTV to double down on old favourites. The Canadian broadcaster has spent the past few months building up Throwback, the free, ad-supported streaming section of its website and app with dozens of retro sitcoms. There's old favourites “Maude” and “Who's the Boss?,” and even a few pulled from the vaults for their streaming debuts. Check out “Living Dolls,” starring a young Halle Berry as one of four models rooming together in New York, and then go for a Matt LeBlanc double bill with “Top of the Heap” and its successor “Vinnie & Bobby.” In August, Throwback adds more forgotten prime time comedies, including “Good Advice,” with Shelly Long and Treat Williams on Aug. 20, and “Hudson Street,” starring Tony Danza and Lori Loughlin on Aug. 27.

Something grim is looming over the small town of Bacurau. A corrupt political leader has made false promises to his people, but nobody is convinced he has their best interests in mind. And as the locals stockpile empty caskets, a sense of dread lingers for what's to come. Brazilian directors Kleber Mendonca Filho and Juliano Dornelles let that delicious tension linger before a satisfying - albeit violent - payoff in this ode to Italian westerns and hunter-prey thrillers of the 1970s. (Criterion, Aug. 1)

Frustrated with her digital dating life, a college student journalist turns her romance column into ground zero for a social experiment. Taking up an older man on his offer to trade her company for lavish gifts, she becomes a reluctant “sugar baby” only to find herself falling for another student. “Kim's Convenience” writer Carly Stone taps into the best of '80s and '90s teen romantic comedies with a feminist bent for her debut feature shot in Sudbury, Ont. (Netflix, Aug. 12)

David France's harrowing documentary centres on a group of Russian activists who risk their lives to help LGBTQ people escape government-supported genocide in Chechnya. Living with the risk of being arrested, tortured and executed for their sexuality, many of these young people flee their homeland and sometimes their families. The film plays like a journalistic thriller, but France never wavers from the human stories caught in the balance. Using cutting-edge “face masking” technology, he conceals the identities of many of the film's subjects underneath a computer-generated skin. It's an intriguing new way to forgo the usual blurring of faces that could offer a new pathway for anonymous subjects in documentary filmmaking. (Crave/HBO and for free on YouTube until Aug. 10)

“The Body Remembers When the World Broke Open”

An Indigenous woman with a comfortable metropolitan life encounters an expectant First Nations woman in the midst of a domestic abuse incident with her boyfriend. Thinking fast, she invites the young woman into her apartment, hoping to offer a helping hand, but in a few short hours their chance meeting uncovers a complicated bond between them. Co-directors Kathleen Hepburn and Elle-Maija Tailfeathers, who also plays one of the leads, craft a nuanced portrayal of the psychological walls that can affect the most fragile relationships. The film won multiple Canadian Screen Awards and was picked as the best Canadian film of 2019 by the Toronto Film Critics Association. (CBC Gem)

This report by The Canadian Press was first published July 30, 2020