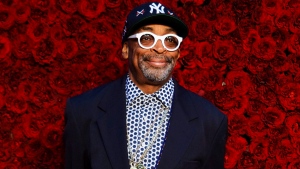 Spike Lee poses for a photo on the red carpet at the grand opening of Tyler Perry Studios on Saturday, Oct. 5, 2019, in Atlanta. Lee is getting a lifetime achievement award from the Toronto Black Film Festival. THE CANADIAN PRESS/AP-Photo by Elijah Nouvelage/Invision/AP

TORONTO - Spike Lee is getting a lifetime achievement award from the Toronto Black Film Festival.

Organizers say the “Blackkklansman” director will be honoured Feb. 13, when Lee is also set to discuss his career and views on current events.

That night will also feature a restored version of Lee's 2000 film “Bamboozled.”

The festival kicks off Feb. 12 with Van Maximilian Carlson's “Princess of the Row” and closes Feb. 16 with Bernard Attal's “Restless.” Another day of kid-focused programming takes place Feb. 17.

Festival founder and president Fabienne Colas says it's a privilege to pay tribute to Lee.

The Oscar-winner was previously honoured by the Montreal International Black Film Festival in 2018, also founded by Colas.

“His commitment to independent cinema, his strength, determination, and activism in achieving social justice really make a difference in a world that, too often, tends to silence us,” Colas said Wednesday in a release.

The tribute comes as Lee prepares to serve as the first black filmmaker to lead the Cannes film festival jury in May.

This story by The Canadian Press was first published on Jan. 22, 2020.