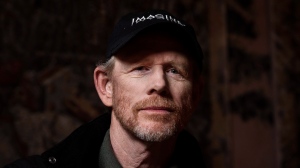 TORONTO - Director Ron Howard will be among the guest speakers at next month's Toronto International Film Festival, which will also feature the world premieres of TV series starring Kathryn Hahn, Rosario Dawson and Jessica Biel.

Howard and his Oscar-winning filmmaking partner Brian Grazer will kick off the 2019 TIFF Industry Conference on Sept. 6 with a conversation about their careers and the business.

The conference will conclude with a master class with Oscar-nominated Brazilian director Fernando Meirelles.

Meanwhile, the festival's TV-focused Primetime program will have the HBO and Crave comedy "Mrs. Fletcher."

It stars Hahn as a divorced, empty-nest mother who discovers a new sexual fulfillment while her son is away at college.

The series is written and created by Tom Perrotta, based on his bestselling novel.