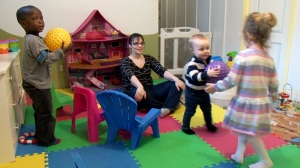 An omnibus housing bill tabled by the Progressive Conservative government earlier this month would, among other things, replace two separate tools that cities use to pay for infrastructure with one amalgamated “community benefits charge” that would be capped at unspecified amount.

While the total financial impact of the changes is unclear, a staff report that was up for debate at city council today warns that they will “undermine the city's ability to ensure that growth pays for growth” and could ultimately lead to a situation in which taxpayers are subsidizing new developments.

The report goes on to warn that the changes will likely have a “significant impact” on the city’s finances, its ability to secure parkland and its capacity to provide community facilities.

“By diverging from the long-held approach of growth paying for growth, future developments could result in a negative financial impact on the city,” the report says. “If this were to occur, the net outcome would be that existing residents and businesses, who make up the city's tax base, would in effect be partially subsidizing new development.”

Sections 37 of the planning act allows cities to authorize zoning amendments for increases in height or density in exchange for cash or in-kind benefits for the area where a development is planned, such as recreational spaces or affordable housing units.

Section 42, meanwhile, allows cities to require that parkland be set aside as a condition of development. The current rule in place is that developers must provide 0.4 hectares of parkland for every 300 units.

Staff told council on Wednesday that both tools account for a large proportion of the city’s 10-year capital plan and if replaced with one harmonized charge will force them to “recast” that plan.

That means that plans for 12 child care centres, 21 public library expansion and renovation projects, 106 new or expanded parks, 17 recreation centres, five pools, four arenas and more than 200 playground improvement projects could be at risk, according to staff.

Staff said that the 12 planned child care facilities, for example, would likely not be built if the changes go through. That is because $20 million of the $38 million budget for those facilities is supposed to come from development charges which would no longer be eligible to be applied.

When asked by Coun. Joe Cressy if the facilities could still be built despite changes to development charges, one staffer said simply “no we cannot.”

The staff report said that the total financial impact to the city from the changes is unclear “because much of the detail will be in a yet-to-released provincial regulation.”

Nonetheless, Mayor John Tory told members of council on Wednesday that he believed the net result will be “dramatically reduced funding” to pay for vital infrastructure.

“Make no mistake. I think what this amounts to is an even bigger financial cutback for the city at the end of the day than even the budgetary debate that we are having right now,” he said, referencing the tens of millions dollars in provincial cuts to public health and child care funding.

On Wednesday, council voted 25-1 in favour of a motion from Coun. Josh Matlow directing staff to work with other GTA municipalities in opposing Bill 108.

Council also voted in favour of a slew of other motions, including a request to the province to either “enshrine revenue neutrality” in the legislation or create a municipal compensation fund to “support municipalities whose revenues decline” as a result of the changes.

Speaking with CP24 on Wednesday afternoon, Minister of Municipal Affairs and Housing steve Clark said that the changes are really just about providing “predictability” for developers and won’t necessarily result in a decline in revenue to cities.

“We aren’t saying that there can’t be a concept of growth paying for growth but what we are saying is that there has to be predictability and there has to be transparency,” he said. “The city of Toronto right now has about $200 million in various accounts that are controlled by various councillors. All we are saying is there needs to be some predictability. You can’t have let’s make a deal politics involved in these community benefits.”