The pedestrian who was struck and killed by an alleged drunk driver in downtown Toronto on Canada Day has been identified by his family, remembering him as someone with a great sense of humour and a “huge heart.”

Twenty-six-year-old Gregory Girgis was one of two pedestrians hit during a multi-vehicle collision at Wellington Street and University Avenue, at 11:45 p.m. on Friday. 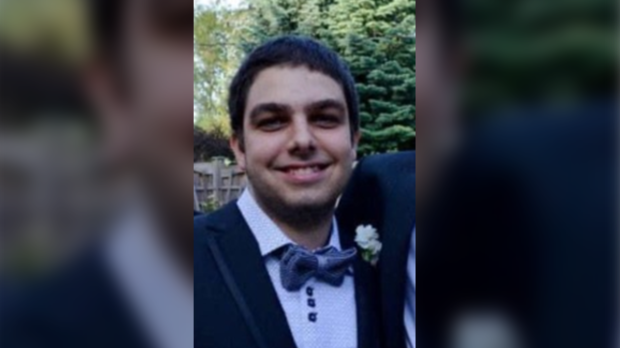 The 26-year-old man allegedly drove through the intersection on a red traffic light and collided with the Honda and Toyota, police said.

Girgis suffered fatal injuries and was pronounced dead at the scene.

The other pedestrian hit, a 32-year-old man, suffered severe injuries and was transported to hospital. 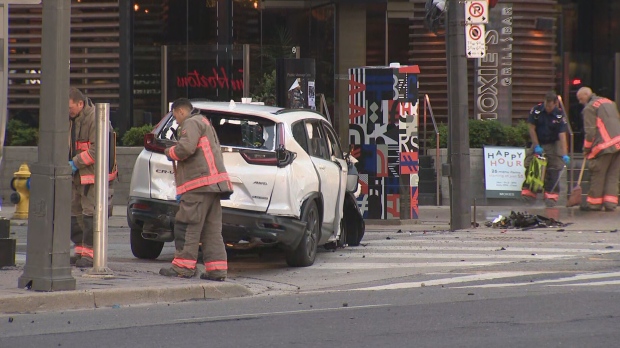 Occupants of the Honda and the Toyota were also taken to hospital with minor injuries.

Toronto paramedics said they transported a total of seven people to hospital.

Thakur was set to appear in court on Saturday. The charges have not been proven.

Girgis' older brother Kevin described him as a sweet and caring person who had an infectious laugh.

"Deep down, he had a huge heart even though he was a little bit of a jokester," Kevin said. "He was just a very lovable person."

"He was really funny. Everybody laughed at him, with him at the same time, too. If you ever needed something from him, all you had to do is ask," he added.

Kevin said his brother had just finished his shift at a nearby Jack Astor's when the incident happened. On Saturday, the restaurant closed for the day in memory of his little brother, he said.

A makeshift memorial has also formed near the scene of the crash, where flowers, a hockey stick and a beer have been placed. 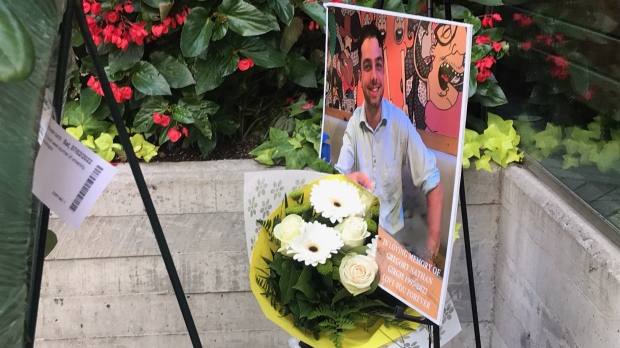 "None of us really got to say bye to him, which is the worst part."

Kevin shared that he talked to his brother about life during a short phone call a few days ago. Gregory, he said, always gave excellent advice.

"He could reassure me even though he's younger than me. Sometimes I made mistakes. And I go to him for reassurance for whatever happened. And he would reassure me," he said. "I tried to do that for him. And I tried to learn as much from him as I tried to teach him. I just wish he would have had the opportunity to show that and come full circle to that."