One man is dead, and a 34-year-old man was arrested and charged following a fatal stabbing in Regent Park Wednesday morning.

Police say officers were called to the area of Gerrard and River streets at around 2:30 a.m. for reports of a person with a knife.

According to police, an altercation broke out between two men in the area and when officers arrived on scene, one man was found suffering from traumatic injuries.

The victim, police say, was without vital signs when he was transported to hospital, and he was later pronounced dead.

A post-mortem examination will be conducted on Thursday. Police have not identified the victim as the next of kin have not been notified. 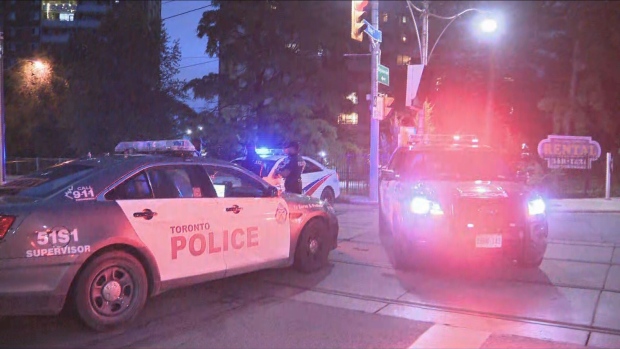 One man was arrested at the scene without incident.

The area was blocked to traffic and streetcars were diverted for hours.

Several police officers and members of the forensic unit could be seen collecting evidence in the area.