500 members of Toronto Police Service in self-isolation amid pandemic, head of union says 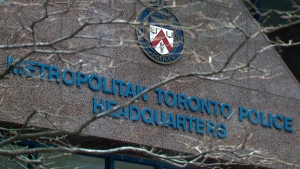 Hundreds of members of the Toronto Police Service are currently in self-isolation amid the COVID-19 pandemic, the head of the police union confirms to CP24.

Toronto Police Association President Mike McCormack says while approximately 500 members are in self-isolation at this time, it is not currently impacting frontline services.

“A lot of people were returning from March Break and they were asked to self-isolate and that’s what they’ve done,” he said.

“So we are now starting to see them coming back to work after returning to the country so it is not impacting on our frontline services but it is something that we are obviously keeping an eye on and we are concerned with.”

The Toronto Police Service has approximately 5,400 police officers and 2,400 civilian members and McCormack said the employees in self-isolation are in both groups.

“These people have not been diagnosed with the coronavirus,” McCormack added.

Toronto police spokesperson Meaghan Gray said the service has not "confirmed those numbers."

"We do not believe it’s in the interest of community safety for us to disclose our exact deployment numbers," she said. "What I can say is that our members have received the same information as the general public when it comes to self-isolating, social-distancing and self-monitoring and, at this time, there has been no impact on our frontline policing services as a result."

In a statement released Tuesday, Gray said as of March 31, five members of the police service have tested positive for the virus.

Earlier this month, officials confirmed that an officer from 14 Division and a civilian member had tested positive COVID-19.

Gray said Tuesday that there are now three employees at 14 Division who are infected with the virus as well as one staff member from 23 Division and one from headquarters.

“In every case, we work with public health authorities who conduct an in-depth investigation related to each member and their contacts,” Gray’s statement read.

“At every location, we take action to ensure enhanced cleaning measures as recommended by public health officials, such as additional surface cleaning in frequently accessed areas, are undertaken as soon as possible.”

Police have not indicated if the three new cases involve officers or civilians.

Anyone who has worked in close quarters with the infected employees has been told to self-monitor for symptoms, Gray added.

“Protecting its members is of paramount importance,” the statement continued.

“The service continues to provide its members with the most up-to-date information from public health officials with respect to self-screening, social distancing, frequent hand-washing with soap, and practicing self-isolation.”

Hamilton police also confirmed Tuesday that one of its sworn officers has tested positive for COVID-19.

“The individual has not had any contact with the community since March 12 and is believed to have contracted the disease within the community,” the police service said in a statement released Tuesday.

“The member is doing well and is recovering at home with immediate family. The member continues to isolate at home and follow the advice of doctors and public health officials.”