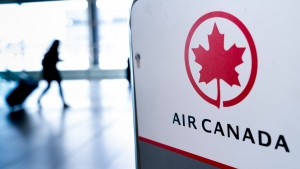 A consumer rights group says Air Canada is not being straight with the public on the issue of customer refunds, even as it seeks a bailout package from the government.

In a meeting with Parliament's transport committee on Thursday, David Rheault, Air Canada's managing director for government and community relations, refused to say how many passengers haven't received refunds, saying the information could be commercially sensitive.

Gabor Lukacs, the head of advocacy group Air Passenger Rights, says the airline is not being forthright and that it should be required to divulge that information as a condition for receiving public money.

“If they want public money, they have to cough up information,” Lukacs said. “You cannot have it both ways.”

The consumer rights group has estimated that as of Sept. 30, around 3.9 million air passengers including those with Air Canada have been denied a refund for flights they did not take.

Rheault also told MPs Thursday that Air Canada will not issue refunds to passengers unless it receives a bailout from the government.

Air Canada says that it is not required to issue the refunds and that the company needs to preserve liquidity for when air travel restarts after the pandemic.

“Our refund policy is in accordance with directions given by the Canadian Transportation Agency, which said credits are an acceptable alternative,” said Air Canada spokeswoman Pascale Dery. “In fact our policy exceeds the CTA's recommendation.”

For months, airlines have been locked in negotiations with the government over the terms of an aid package to the sector. The issue of passenger refunds has been a key part of those talks, with Ottawa saying that any financial support is contingent on refunds.

In December, the federal government directed the CTA, which oversees issues related to passenger rights, to strengthen rules that require airlines to refund travellers for cancelled flights.

However, the rules would only apply to future cancellations and will not be retroactive.

This report by The Canadian Press was first published Feb. 5, 2021.