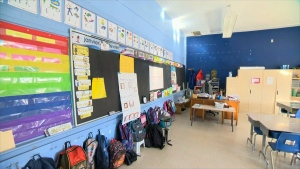 After Ontario education workers ratified a deal with the province, attention is turning to the government's negotiations with four major teachers' unions.

So far, those unions have not revealed what they are proposing in negotiations or what the government has offered, a contrast to the approach taken by the union representing education workers.

The Canadian Union of Public Employees announced yesterday its education workers had voted 73 per cent in favour of the deal the union struck with the province last month, ending a whirlwind dispute.

That union posted its proposals and government counteroffers publicly, while talking openly about back-and-forth salary negotiations.