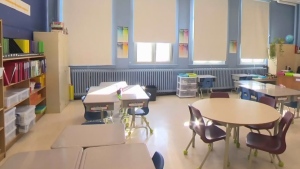 VICTORIA - British Columbia's education minister says students won't be back in classrooms on the originally planned date of Sept. 8.

Rob Fleming says students will be welcomed back to classrooms later in the second week of September after staff review the latest B.C. Centre for Disease Control guidelines and school operation policies.

It's not clear when children will be allowed to return to schools.

Fleming says the government and its steering committee are working to finalize how school operations will work.

He added that the previous way students have traditionally attended school in the first week - where they return to their previous classrooms before moving to new ones - isn't a safe practice during a pandemic.

Premier John Horgan has previously stated his confidence that children will be safe when they return to their classrooms.