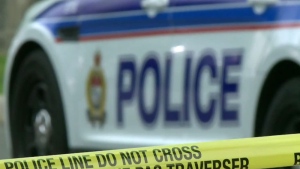 OTTAWA -- Police in Ottawa say they have recovered the body of a 20-year-old man who went missing while swimming at a local beach.

Investigators say the man was with a group of people at Britannia Beach when he went into the Ottawa River Saturday evening. They say members of the group saw the man go under the water and not resurface.

Members of the Ottawa Police Service Marine, Dive and Trails Unit were called in to help search for the man.

The search continued into Sunday morning and police say that at approximately 1:40 a.m. divers recovered the man's body.

The victim's name is being withheld pending notification of his next of kin.

Police say an investigation is underway to determine exactly what happened and that crisis unit counsellors are assisting the witnesses.

This report by The Canadian Press was first published July 5, 2020