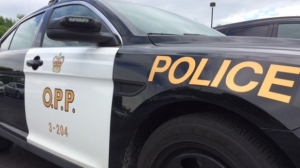 A nine-year-old boy who was last seen Friday, Aug. 12 at about 3 p.m. in the Georgian Bay area has been found dead.

Everett Freeman, of Seguin Township, was camping with his family in Totem Pole Bay on Huckleberry Island when he went missing.

He was located deceased on Saturday, Aug. 13 at around 8 p.m.

The search has concluded and no foul play is suspected, West Parry Sound Detachment OPP said in an news release.