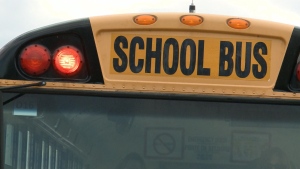 A total of 199 morning and afternoon routes to the schools were cancelled on Monday.

Elsewhere in Ontario, student transportation companies in Toronto, York, Peel and Waterloo reported some delays, but not outright cancellations.

"Doug Ford’s bargain-basement scheme for education includes him putting as many as 70 students on a bus together, packed in like sardines,” Horwath said Monday. “How can they physically distance when they’re shoulder-to-shoulder, three to a seat? How can a bus driver make sure they’re keeping their masks on when she’s got her eyes focused on the road?

Ontario's school reopening guidelines call for siblings to sit together aboard buses, while students without siblings should sit with their grade or class cohort if possible.