Case of cop involved in Bruce McArthur's arrest and release put over to Jan. 13 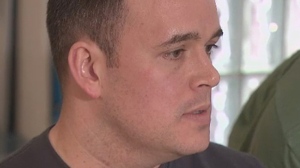 Sgt. Paul Gauthier is shown in a undated image from CTV Toronto footage.

TORONTO -- The case of a Toronto police officer involved in the 2016 arrest and release of serial killer Bruce McArthur has been put over to next month.

Lawyers were expected to set a date today to argue a motion in the case of Sgt. Paul Gauthier, but that has now been postponed to Jan. 13 because the officer's lawyer is ill.

Gauthier faces disciplinary charges of insubordination and neglect of duty related to his handling of a complaint by a man who alleged McArthur tried to strangle him.

His lawyer, Lawrence Gridin, has said the officer did nothing wrong.

The sergeant has yet to appear before the tribunal, which Gridin has blamed on undisclosed medical issues. A date for a hearing has not yet been set.

McArthur pleaded guilty in January to eight counts of first-degree murder in the deaths of men with ties to Toronto's gay village.

He was arrested in January 2018 and an internal probe related to the case began shortly afterwards.

This story by the Canadian Press was first published Dec. 10, 2019.