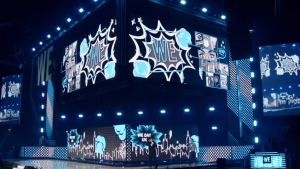 Critics are demanding to know how much the prime minister's family was paid to speak at WE Charity events.

OTTAWA - A Halifax-based charity is expressing confusion and frustration as it looks likely to have to foot the bill for nine students hired through the federal volunteer program at the centre of the WE affair.

The federal government says no students actually started their placements before July 3, when WE Charity backed out of running the Canada Student Services Grant amid controversy about its ties to Prime Minister Justin Trudeau and his family.

But Souls Harbour Rescue Mission CEO Michelle Porter says that isn't true and her organization brought in the students during the period of about a week when WE Charity was running the Canada Student Services Grant for the federal government.

Students participating in the grant program had been promised they would receive up to $5,000 toward the cost of their post-secondary educations depending on how many hours they volunteered.

Porter says the Souls Harbour board has agreed to compensate the students if the grant program is cancelled, but that the estimated $15,000 cost will mean less money for meals for local families in need.

Souls Harbour isn't alone in its confusion as a number of students have taken to online forums in recent days wondering whether they will receive grant money for volunteer hours they have already worked.