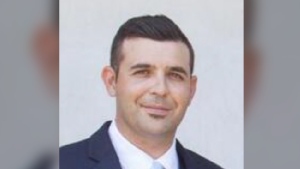 Ricardo Soares, a 32-year-old married father of two, died on Nov. 17, 2017 after being injured while working at an Oakville construction site. A coroner’s inquest into his death is set to get underway on July 25. (Corbett Funeral Home photo)

A date has now been set for a coroner’s inquest into the death of 32-year-old construction worker Ricardo Soares.

The married father of two died on Nov. 17, 2017 after being critically injured while working at an Oakville construction site.

The inquest, which is mandatory under the Coroners Act and will be conducted by video conference, will get underway on Monday, July 25 starting at 9:30 a.m.

It is expected to last four days and will hear from approximately seven witnesses.

Bonnie Goldberg will be the presiding officer, while Jai Dhar will be inquest counsel.

“The purpose of the inquest is to examine the circumstances surrounding Mr. Soares’ death. Once all parties with standing have the opportunity to present their information and ask questions of the witnesses, the jury may make recommendations aimed at preventing future deaths from occurring in similar circumstances,” the Ministry of the Solicitor General said in a July 6 release.