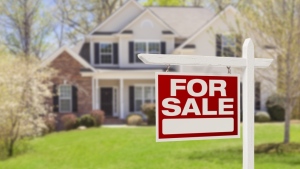 A file photo of a detached house for sale.

While successive interest rate hikes and broader global uncertainties have cooled the housing market, the demand for properties in some sought-after neighbourhoods in the Greater Toronto and Vancouver areas continues to hold steady and even increase, according to a new report.

RE/MAX Canada’s 2022 RE/MAX Hot Pocket Communities Report looked at unit sales and average prices year over year and in the first and second quarters of 2022 in 60 Toronto Regional Real Estate Board districts, 16 regions within the Real Estate Board of Greater Vancouver, and six areas in the Fraser Valley Real Estate Board.

In Toronto, the W09 district, which is home to Kingsway Village, The Westway, Humber Heights, and Willowridge-Martingrove-Richview, saw the biggest year-over-year average price increase for detached properties at 35.2 per cent. The average price of buying a detached property in this area is $1,551,803.

The worst performing area in Toronto is C01, which includes Dufferin Grove, Little Portugal, Trinity-Bellwoods, Palmerston-Little Italy, Niagara, University, Kensington-Chinatown, Bay St. Corridor, and Waterfront Communities. That district saw a -0.7 annual decline in the cost of purchasing a detached property. The average price of buying a detached property in this area is $2,127,268.

In York Region, the best district year over year was King, which saw a 24.1 per cent increase, while the worst was Richmond Hill at 12.2 per cent.

Over in Durham, Scugog was the best district for average detached property sales at 26.5 per cent, while Uxbridge was at the bottom of the list with a 12.7 per cent increase.

Brampton tops the list in Peel Region with a 26.2 per cent increase, while Mississauga is lowest at 15.5 per cent.

In Halton, Halton Hills saw the greatest year-over-year increase in detached sales at 23.4 per cent, while Milton saw the least at 18.6 per cent.

Orangeville, the only district in Dufferin Country, saw a 26.47 per cent increase year over year and a decline of 12 per cent from Q1 to Q2.

In the GTA, average prices held up fairly well in most central and west Toronto neighbourhoods, however Durham, Peel, York, Halton, and Dufferin saw some losses compared to gains that were seen in recent years.

“Given that the core has traditionally been more resilient, bolstered by strong demand, a finite supply of homes available for sale. Higher household incomes, and greater equity at the top end of the market, the results are not unexpected,” RE/MAX Canada President Christopher Alexander said in an Aug. 18 news release.

“The price softening was clearly more evident in suburban areas and the outer perimetres of the 416, most of which experiences strong upward momentum during the height of the pandemic as buyers sought to leave the city.”

Elton Ash, RE/MAX Canada’s executive vice-president, said despite the easing of prices, the “sky is nowhere near falling.”

“In fact, there is relative stability in terms of market conditions, so buyers shouldn’t expect big bargains. Sales-to-active listings remain squarely in balanced territory overall and even tight in some areas, he said.

“In Vancouver, for example, supply was lower this June than last in 50 per cent of markets and sales are down accordingly. This trend will likely keep prices fairly stable moving forward.”

Data on unit sales saw a lot of variation year over year with detached home sales rising by 40 per cent in the GTA markets surveyed in the second quarter of 2022. The vast majority of increases happened in the 416 are code, the report indicated.

Durham was also found to be a “hot spot” as half of its markets reported an uptick in home buying.

“For those buyers that were active in Q2, improved housing affordability due to easing prices and the threat of higher rates down the road clearly provided the impetus for many to leap into detached home ownership,” Alexander noted.

“Greater selection, particularly in coveted hot pockets, also played a significant role in April and May as the pandemic-fuelled buying spree drew to a close. Buyers locked into five-year fixed terms as the overnight rate hovered between one per cent in early April to 1.5 per cent in early June.”

In Toronto, W07 (Stonegate-Queensway) is the only district that saw zero movement in terms of unit sales, while the worst area is C10 (Mount Pleasant East and West), which saw a 41.6 per cent decline.

In York Region, the best district for unit sales was Richmond Hill at -37.9 per cent, while King was the worst at -48.4 per cent.

Over in Durham, Clarington was the best district for annual unit sales at -26.3 per cent, while Brock was at the bottom of the list with a 38.2 per cent decrease.

Caledon topped the list in Peel Region with a 37.7 per cent decrease, while Brampton is lowest at -42.1 per cent.

In Halton, Burlington saw the greatest year-over-year detached unit sales at –21.0 per cent, while Oakville saw the least at -42.4 per cent.

Orangeville, the only district in Dufferin Country, saw a -32.10 per cent increase year over year and a decline of 8.3 per cent from Q1 to Q2.