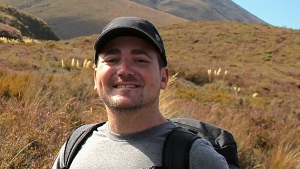 A doctor accused of murdering an 89-year-old man in an eastern Ontario hospital last week had to be supervised at work for a year until recently, The Canadian Press has learned.

“When Dr. Nadler was issued a license to practice in Ontario in 2020, the registration committee made the decision to issue a restricted license rather than a full, independent practice license, which required that he practice under a clinical supervisor,” said Carolyn Silver, general counsel for the College of Physicians and Surgeons of Ontario.

Nadler, 35, of Dollard-des-Ormeaux, Que., is a specialist in internal medicine who worked at the Hawkesbury and District General Hospital in eastern Ontario.

Ontario Provincial Police said they were called to the hospital last Thursday. A patient, Albert Poidinger, of Point-Claire, Que., was pronounced dead after the police officers arrived. Nadler was charged Friday with one count of first-degree murder and remains in custody.

The college did not say why Nadler's license was restricted.

“While we cannot speak to any individual circumstances, there are a number of circumstances in which the college might require a clinical supervisor,” Silver said in an email.

“Considerations would include a physician's education and training, practice history including in other jurisdictions, and whether the physician has been in continuous practice or has not practiced for an extended period of time.”

Typically, Silver said, the restrictions would remain in place until the concerns have been addressed.

Nadler's restrictions expired on Feb. 3 and he was free to practise medicine without a supervisor after that date.

Nadler's lawyer, Alan Brass, did not immediately respond to a request for comment. Brass said last week Nadler maintains his innocence and will vigorously defend himself in court.

Earlier Wednesday, the college said it had suspended Nadler's license after being notified of the allegations against him.

“We recognize that this is an extraordinarily challenging time for the community,” the college said.

The college said it is working with police and that it will take whatever steps are necessary to protect the public.

Nadler is next due in court on April 6.

- With files from John Chidley-Hill

This report by The Canadian Press was first published March 31, 2021.