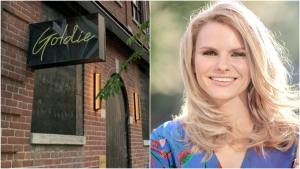 Michele Romanow says she is stepping away from Goldie night club as a minority shareholder after the establishment was accused of hosting a secret party in downtown Toronto. (Joshua Freeman/CP24 and Michele Romanow/LinkedIn)

A club that allegedly hosted up to 150 people at a secret party in downtown Toronto last month is losing one of its shareholders, who happens to be one of the city’s most well-known entrepreneurs.

Michele Romanow, who appears on CBC’s Dragons’ Den and is at the helm of several other businesses, claims she didn’t know the event was taking place and wasn’t in the city at the time of the incident.

“While I was a minority shareholder in Goldie, I wasn’t a director. I’ve never been involved in the day-to-day management of the restaurant,” Romanow said in a statement published to Twitter on Monday.

Police allege that Goldie night club, which does not have a permit for outdoor service or an outdoor patio or seating area, hosted an indoor party with no distancing measures in place on the evening of June 26.

Guests were allegedly brought in through the back of the establishment, according to police.

Events of this nature are currently prohibited in Ontario in order to stop the spread of COVID-19 under the Emergency Management and Civil Protection Act (EMCPA). As a result, police say that the owner, manager and corporation behind Goldie will be charged with failing to comply with an order made during a declared emergency.

The incident is being investigated by Toronto police and information has been forwarded to the Alcohol and Gaming Commission of Ontario (AGCO). The AGCO has since imposed an “immediate suspension” of the club’s liquor licence. 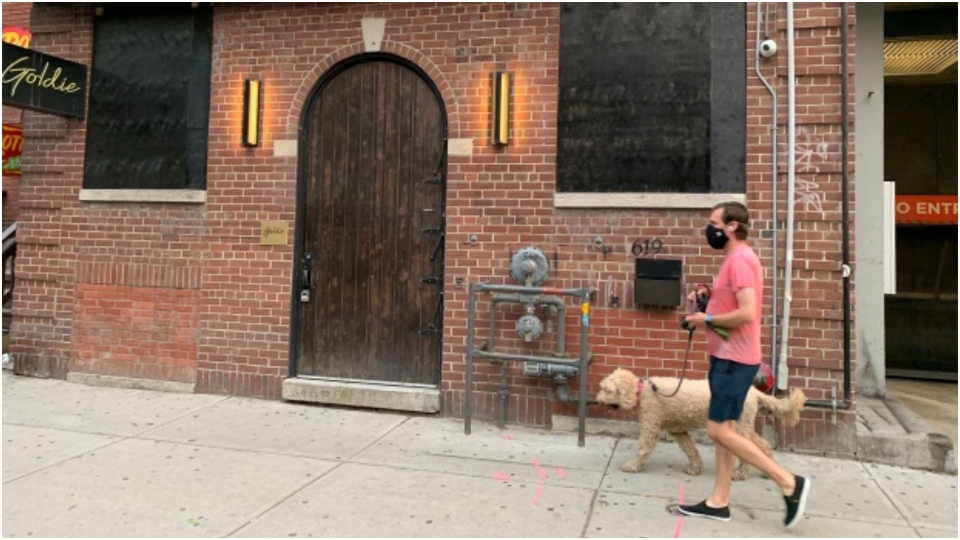 The board said it has also issued a notice to Goldie’s management informing them of their plan to revoke its liquor licence entirely.

The alleged party even caught the attention of Ontario Premier Doug Ford, who said patrons and owners were putting people at risk.

Now, Romanow is asking anyone who attended the event to get tested for the virus, while asking management to cooperate with the ongoing investigation.

“Although my connection with the company has come to an end, I believe Goldie management should fully cooperate with authorities and public health officials in any manner as it may be requested.”

“I strongly encourage anyone who attended this or any similar event to get tested for COVID-19.”

Romonow has advocated for observing self-isolation as well as other public health measures recommended by the government since the start of the pandemic and says she would never “condone this kind of behavior” given the circumstances.

According to AGCO rules, Goldie has 12 days to request a hearing with the Licence Appeal Tribunal if it intends to appeal the move to revoke its licence.

With files from Joshua Freeman.