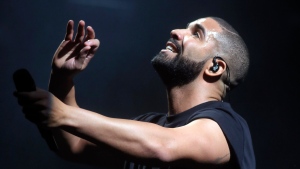 OVO Fest’s Young Money Reunion concert is back on one week after Drake announced it was being postponed due to his COVID-19 diagnosis.

In an Aug. 4 Instagram post, the Toronto rapper said he’s now tested negative for the virus and the show has been rescheduled for Saturday, Aug. 6.

“Negative test…positive outcome…this was the only date available until the fall and because the family is so solid everybody is flying back in to make it happen for you all,” Drizzy wrote.

Rappers Nicki Minaj and Lil Wayne are the featured artists in the Young Money Reunion show, which is part of Drake’s October World Weekend event. The concert is scheduled to get underway at 7 p.m. Saturday at Budweiser Stage. 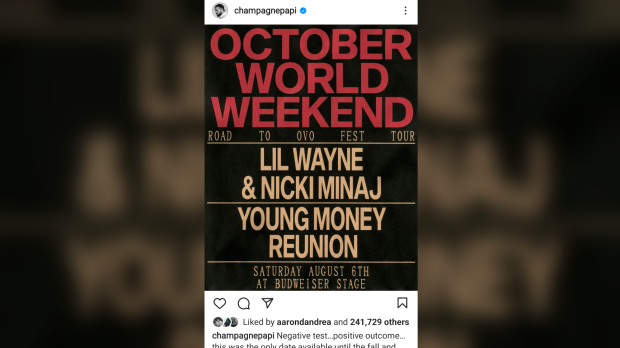 The show was initially set for Aug. 1, but on the day of, ChampagnePapi was forced to cancel the sold-out event after testing positive for the virus and said he was “truly devastated.”

He promised fans he’d reschedule the concert to the “SOONEST date possible.”

“I am so sorry for letting you down on our weekend together and the moment I test negative I will give you everything I got on stage (except the Covid),” Drake wrote.