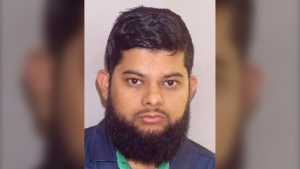 Saddam Hossain Ishaque, 28, seen in this photo, has been charged with sexual assault. (Toronto Police Service)

A driving school instructor has been charged in connection with a sexual assault investigation.

Toronto police said a man would attend women’s homes while working as a driving instructor, engage them in a conversation and then allegedly sexually assault them.

On Saturday, police said 28-year-old Saddam Hossain Ishaque of Toronto had been arrested. He is facing two counts of sexual assault and failing to comply with undertaking.

Police have also released a photo of the man as they believe there may be other victims.