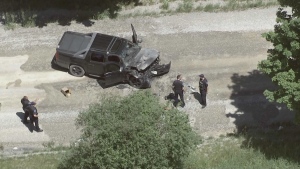 A male driver is dead following a crash in Uxbridge on Thursday morning, according to Durham Regional Police.

Shortly before 10 a.m., police responded to reports of a serious vehicle collision involving a pickup truck and a water truck on Ashworth Road, east of Concession Road 6.

Durham police said a man was driving a 2008 Chevrolet Avalanche on the eastbound lanes of Ashworth Road when he struck a water truck stopped on the shoulder.

“The driver of the pickup truck was extricated by the other workers on scene where they began to perform CPR,” Durham Region Police Const. Crystal Fitzgerald said at the scene.

Paramedics tried to revive the man, but he was pronounced dead on scene, Fitzgerald said. 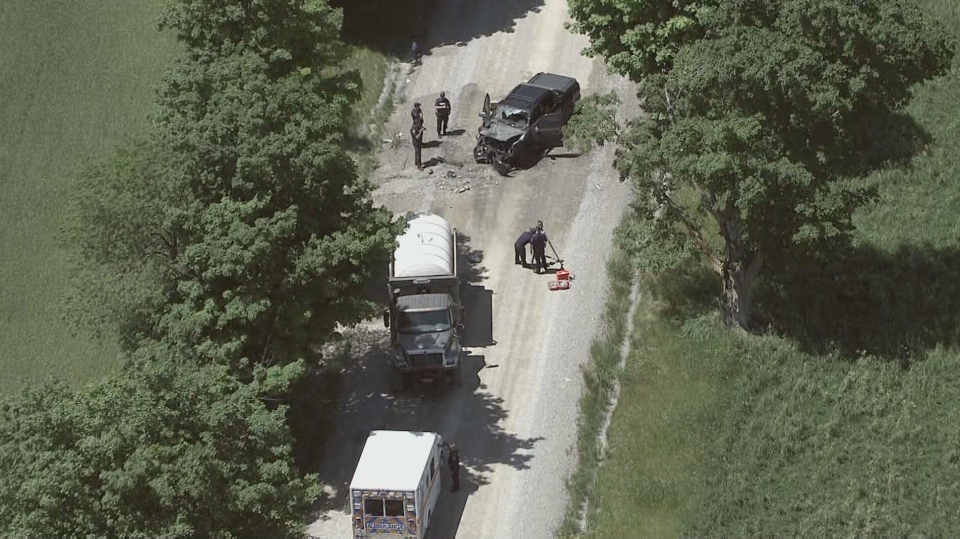 The pickup truck ignited into flames after the driver was removed, Fitzgerald added. The blaze was shortly knocked down.

It is not known if the driver of the water truck was at the scene at the time of the collision.

Roads in the area were closed for several hours as police investigated the collision, but they have since reopened.

Anyone with information about this incident or who witnessed this collision is asked to call police at 1-888-579-1520 ext. 5231 or Crime Stoppers anonymously.